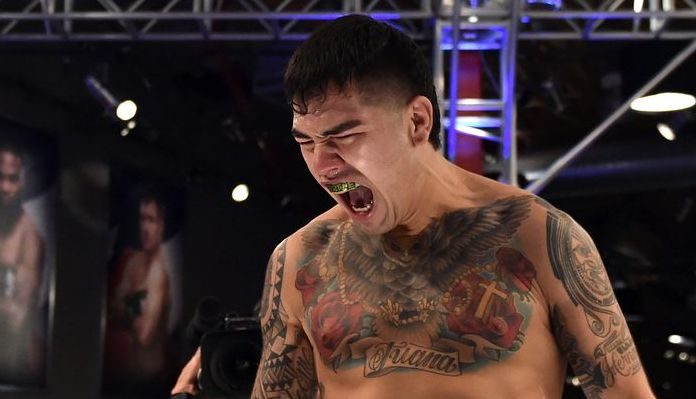 Anthony Hernandez has been waiting for this.

Hernandez will be making his UFC debut at UFC Fortaleza in just a few days. The undefeated middleweight knew this day would come and now it is rapidly approaching. However, Hernandez should have already made his debut. He was scheduled to fight Markus Perez at UFC 233, but the card ended up getting canceled. Even though the fight was delayed two weeks, it actually helps Hernandez out.

“It actually works out better,” Hernandez said to BJPENN.com. “I got sick and then my cardio felt like shit, and I’m just 100% now. This is better.”

Even though the fight was delayed, Hernandez will still be fighting Perez in Perez’s home country of Brazil. He is excited to be making his UFC debut in that fashion.

“I think it going to be a fun one. He likes to get rowdy and start talking shit during the fight. I’m all for it,” Hernandez said. “When he gets hit, he gets fired up and wants to f*****g bang. I’m all for that. Probably just meet in the middle and see what happens.”

Although Hernandez is confident he will leave Brazil with his perfect record intact, he and his coaches know the crowd will not be on his side. He needs to be ready to tune out the crowd and just focus on the fight.

“My coaches have been warning me that they will try and make me very uncomfortable,” he added. “They will do everything to try and make you uncomfortable when you step in to fight. His fans aren’t going to be in the cage, it will be a one-on-one match. I don’t care about being the underdog or anything.”

Although it is Hernandez’s UFC debut, he has been ready for this moment for some time now. He isn’t focusing on it being his debut because to him, it is just another fight.

“It is my UFC debut but it is just another fight,” the 25-year-old said. “I have been doing this shit since I was like 15. A fight is a fight to me as far as I’m considered. He has two arms and two legs like everyone else.

“He’s a tough dude, but if I don’t finish him in the first it will be the second round,” he added. “I have to be patient with him because he is one of those snazzy guys who throws spinning elbows and a lot of kicks. I have to pick my shots smart and keep moving, a lot of movement, so I don’t let him get set on anything.”

Leading up to the fight, Hernandez has seen people say that he is a grappler, and he can’t wait to prove to everybody that his striking is way better than his ground game.

“No, I’d rather strike. It is a chance to show what I can do. I keep getting called a grappler and I f*****g hate that shit. I’m not a grappler,” Hernandez said. “I want to go out there and put on a striking seminar and show the world what I can do. Of course, a knockout bonus would f*****g help out tremendously so I’m going for that.”

No matter how it ends, Hernandez knows he will get his hand raised. He is prepared to fight the fight wherever it goes but wants it to stay standing so he can show the world just how good he is.