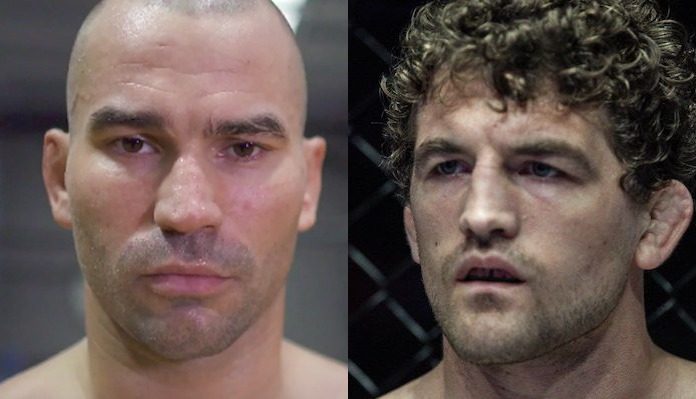 Amid this news, Lobov took to Twitter to attempt to get himself a fight in another organization, such as Bellator, KSW, Rizin, or ONE.

“Locked and loaded, ready to take on anyone and everyone,” Lobov wrote in a Tweet that mentioned a number of top combat MMA promotions. “Who wants it?”

This comment from Artem Lobov generated a response from former Bellator and ONE lightweight champ Ben Askren.

“Did the GOAT get cut?” Askren wrote.

“Keep that belt warm for me Ben, I’ll be back for it after I take over boxing,” Lobov wrote.

From there, Ben Askren took things up a notch, trashing Lobov for his MMA record.

“Artem you literally stink at fighting, your record is 13-15,” he said. “I’m glad you’re living the gimmick because we are all getting a good laugh out of it.”

Artem Lobov then fired back:

“Relax there Ben, I went the true fighters road and fought the best at every turn, I came up short often, but I gave it my all every time and never quit or hide from the challenge like some,” he said.

Ben Askren then responded once more:

“Are you trolling me? Because there is no way you actually believe this right?”

What do you think of this heated back and forth between Ben Askren and Artem Lobov?