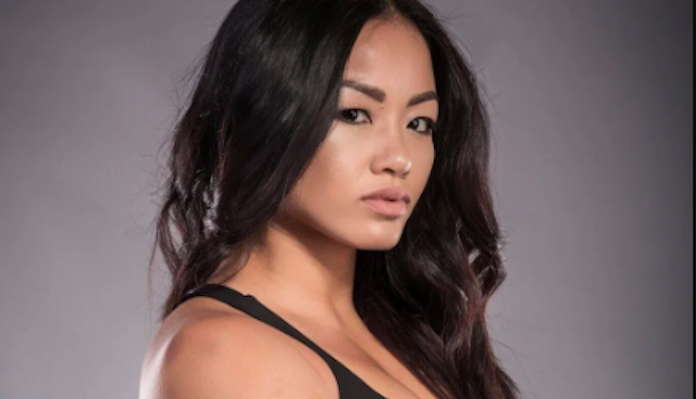 ONE Championship atomweight star Bi Nguyen is hoping to close out a chaotic year with a huge win over Malaysia’s Jihin Radzuan at ONE: Big Bang, which goes down on the promotion’s home turf in Singapore this Friday.

The coronavirus pandemic made 2020 a bumpy year for just about everyone, but it was particularly frustrating for Nguyen. The 31-year-old striking specialist’s bad luck began early in the year, when she was forced out of planned February fight with Japan’s Itsuki Hirata with an injury. March brought another tough break, as Nguyen’s planned Muay Thai bout against Rudzma Abubakar fell through amid the early chaos of the pandemic. The trouble then continued in the third quarter of the year, when ONE Championship’s attempt to reschedule the failed February fight with Hirata came up empty—ostensibly because the Japanese fighter didn’t sign her contract.

Just when it looked like Nguyen would finish the year without a single fight on the calendar mirror, however, things took a positive turn. ONE Championship offered her the Radzuan matchup, and with great relief, she put pen to paper.

“I’ve just been trying to focus on what I control,” Nguyen told BJPENN.com on Tuesday, looking back on her turbulent year. “It’s just been constant tests, one after the other. Tests can be rewarding, but I’m glad I’m at the end of all of them right now.”

While Nguyen briefly expected to close out the year with a fight against Hirata, she views Radzuan as a solid replacement opponent and tough challenge.

“For this to be a replacement opponent, I’m really excited about it,” Nguyen said, sharing her thoughts on her new adversary. “Jihin has a big name, and she’s fought the best of the best. That’s what I like about her—she’s never shied away from competition.

“If you’ve seen her fights, you know she’s super eager to get in there and get closer to you and get banging, so this is going to be a good chance for me to show off my grappling skills,” Nguyen continued. “When Jihin gets uncomfortable she goes to the ground—she even pulls guard—which you rarely see in MMA—which means she must trust her guard. She loves being on her back, and I’m going to use that against her.

“I really haven’t been able to show my ground game to the fans as much as I’ve wanted to, so this will be great opportunity to do so.”

Nguyen got her start in combat sports through Muay Thai, but has been diligently honing her ground game ever since—even if it hasn’t been a significant part of her fights thus far. She’s made particularly big strides in that department in 2020, having put in grueling rounds with UFC stars like Claudia Gadelha, Cynthia Calvillo and Casey O’Neill.

“[O’Neill is] a very tricky jiu jitsu girl, Cynthia is such a bully on the ground, and Claudia Gadelha has the heaviest top game you’ve felt in your life,” Nguyen said. “I had those three preparing me for Itsuki. Itsuki does have a strong ground game, so I was fully prepared. With that said, taking that camp [into preparing] for Jihin, who loves being on her back, it’s almost a gift. I’m as prepared as I could ever be. Nobody’s going to make me feel that drowning feeling like Claudia Gadelha [did in training].”

Needless to say, Nguyen has made some significant technical improvements during her unexpected hiatus in 2020. She’s also parlayed her time away from competition into some valuable mental growth.

“It’s really given me a chance to step back,” she said. “This sport needs 100 percent of you, so all I’ve been doing for the past eight years is preparing for fights and fighting back-to-back. I’m a very active fighter. This pandemic has forced me to sit down and spend time with family and just take a step back and look at the parts where I didn’t have success in fighting and what would make me a better fighter, and I think now I’m coming back with a new perspective.

“I’m a fighter,” she continued. “Even through the pandemic and the wait [for a fight], everything’s a fight for me, and I always overcome everything. Even the pandemic, the sitting still, the mental stuff, I’ve overcome it and I’m here with a smile on my face.”

Nguyen is hopeful that the physical and mental strides that she’s made in her year away from competition will result in an impressive win over Radzuan, and with a little luck, a ticket into the anticipated ONE Championship Atomweight World Grand Prix, which is slated to kick off early in the new year.

The winner of the Grand Prix is expected to get the next crack at ONE atomweight champion Angela Lee, who will soon become a mother, but Nguyen is also hoping it will lead her to a showdown with Hirata.

While the upcoming Grand Prix will be a perilous challenge for all of the women involved, Nguyen is confident she can bushwhack her way to tournament triumph.

Before she can plunge into the Grand Prix or set up fights with the likes of Hirata and Lee, of course, Nguyen must pass one final test in a year that’s been chock full of them: her imminent fight with Radzuan.

“With Jihin, I expect a first-round finish.”

Note: Bi Nguyen will fight Jihin Radzuan on Friday, December 4, but the fight could air later in December, on a subsequent ONE Championship broadcast.