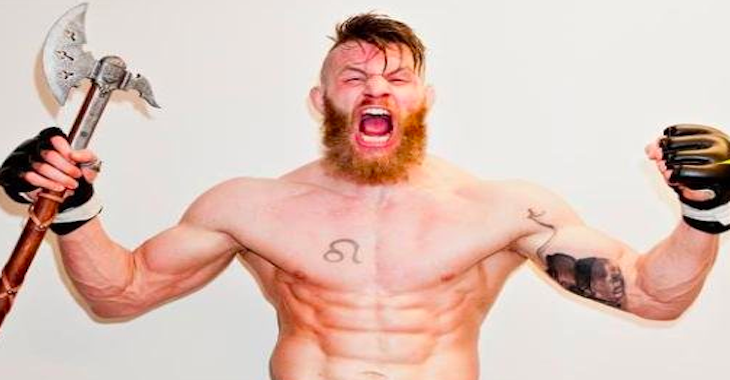 The win marked Perry’s second spectacular knockout in a row, as he had previously disposed of Jake Ellenberger via a viscous elbow at April’s UFC Fight Night event in Nashville. Following his victory over Reyes, “Platinum” took to the mic and called out former UFC welterweight champion Robbie Lawler.

Unfortunately for fight fans hoping to see Perry and “Ruthless” throw down, it appears that Lawler has other plans before taking on the rising young star.

With that said, there is no shortage of fighters wanting to exchange blows with Perry.

Most recently Emil “Valhalla” Meek took to Twitter where he issued the following challenge to “Platinum”.

Perry quickly responded to Meek but acknowledged that his proposed offer “would be fun”.

I'd hammer this body builder as well. Can't lie. Would be fun https://t.co/HcgeBcKNQ7

Emil Meek was most recently seen in action at December’s UFC 206 event in Toronto, where he earned a dominant decision victory over Jordan Mein.

“Valhalla” boasts a 9-2 record which includes eight finishes, seven of which have come via knockout.

Would you like to see UFC officials setup a fight between Emil Meek and Mike Perry for December’s UFC 218 event in Detroit? Sound off PENN Nation!