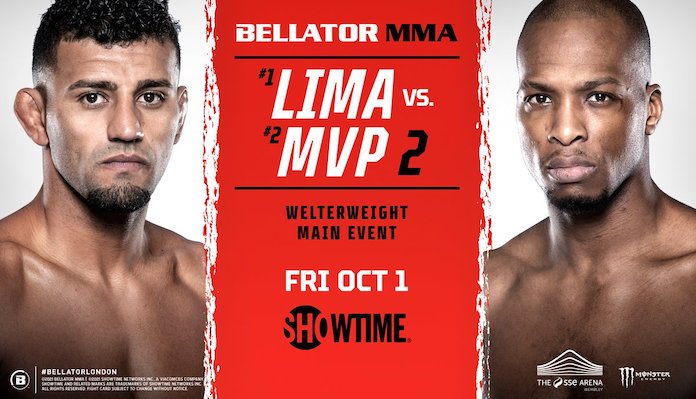 Lima and Page rematch in the headliner of this Friday’s Bellator 267 card. The two first met in May 2019, with Lima knocking Page out in brutal fashion as part of the Bellator Welterweight World Grand Prix, which Lima won over Rory MacDonald in the finals. Since then, Lima has lost both of his fights to Gegard Mousasi and Yaroslav Amosov, while Page has won his last five fights over lower-ranked opponents. Bellator decided that now is the time to book the rematch, and the two rivals will square off this Friday night in London.

Ahead of Friday night’s big rematch, Lima was asked what he thinks will happen against Page this second time around. As far as the Brazilian goes, this fight is only going to end in one way, and that’s the same way that the first fight also ended by: a brutal knockout.

“It’s a different fight, but I always feel better when I’ve fought someone before. You know a lot more about him, what he’s good at, what he’s not so good at. I’m 100 percent there’s a lot of stuff we’re going to do different. We’ve studied. My coach knows what’s the best weapons, what else we’ve got to change and we’re ready, man. We’re ready, we’re prepared. We’ve trained hard for this and I’m about to deliver another big knockout,” Lima said (via MMAjunkie.com).

In fact, Lima promises that his knockout in the rematch will be even more spectacular.

“You’ve got to finish him. For me, the best way to win is finishing the fight. That first one happened (and) went viral and I’m about to do the same thing this time around, even better,” Lima promised the fans.

Who do you think wins this Friday’s Bellator 267 main event welterweight rematch between Douglas Lima and Michael Page?