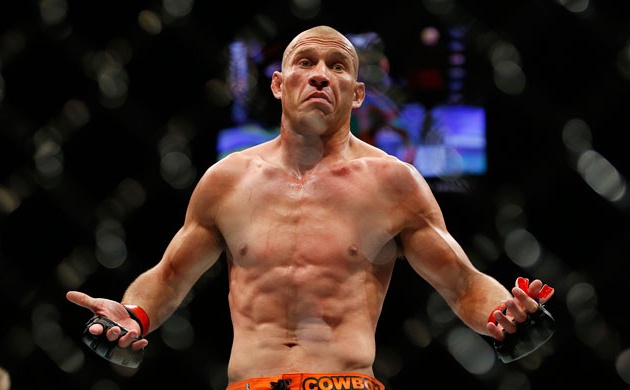 If you didn’t know better, one look at Donald “Cowboy” Cerrone’s Instagram would make you think his MMA training consists of taking wakeboards off of sweet jumps and cold beer at the lake. Don’t worry, he takes time out for his muay thai and jiu jitsu and it shows. This dude ran off an eight fight win streak (and four post-fight bonuses) in the lightweight division, book-ended by losses to Rafael dos Anjos. After jumping up to welterweight, he won four straight until running into Jorge Masvidal and Robbie Lawler. It’s clear he’s not slowing down or taking time to smell the roses. He didn’t even know who Darren Till was and he just agreed to fight him.

“[I knew] Absolutely nothing [about Darren Till]. No. Never seen his fights. I don’t know where he’s from. I’m not bagging the dude, just f-ck, I don’t know anybody. I said yes before I even had an opponent. That was [the UFC’s] job to find the opponent. […] My grandma sent me a thing this morning all mad. ‘He called you a c-nt,’ I said, no grandma, that’s just how they speak over there.”

That attitude towards fighting and life is Donald Cerrone in a nutshell. Gunnar Nelson and Santiago Ponzinibbio were in talks before Darren Till, best believe Cerrone said yes to every one of them. That’s just who he is and that’s why he’s a fan favorite. Whether it is a stoic grappling specialist from Iceland, or a TBA silhouette on the UFC’s website, Donald Cerrone just shrugs and signs.

.@Cowboycerrone says he "knows nothing" about his next opponent, Darren Till: https://t.co/PHIADvGHAL