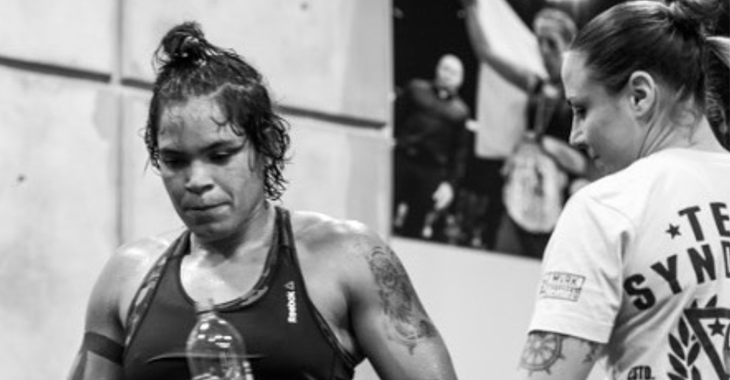 Although Amanda Nunes may be feeling a lack of promotion after pulling out of UFC 213, the UFC women’s bantamweight champion is still just focused on one thing: fighting.

Nunes was given a hard time after pulling out of the UFC 213 championship title fight against Valentina Shevchenko the day of their scheduled fight. Nunes stated that she had chronic sinusitis and was not feeling well enough to fight. Shevchenko believes that Nunes had a rough weight cut and was feeling week after making the 135-pound limit, which ultimately caused her to pull out of the fight. Given the magnitude of the title fight, Nunes’ partner, manager, and fellow UFC fighter, Nina Ansaroff spoke with ESPN and put things into perspective that most people can likely understand.

“When you’re starting to see what this life can do for you, and your family has had nothing, you realize ‘Why risk it?'” said Ansaroff. “No one puts anything out there for you until you reach a certain level, so why take that risk for them? No one is going to pay our bills or take care of our family.

“[Without a title], you’re going from potentially $1 million per year to $60,000 per year. And you want to put that on the line when you’re feeling 50 percent?”

Amanda Nunes and Valentina Shevchenko are now set to fight in the co-main event of UFC 215, which takes place on Saturday, September 9 in Edmonton, Canada. In the main event of the evening, Demetrious Johnson will look to surpass Anderson Silva’s record for the most consecutive title defenses in UFC history against Ray Borg. If Johnson gets his hand raised on Saturday night, it will be his 11th consecutive title defense.

Who do you have taking home the belts after UFC 215 comes to a close? Let’s get your predictions in the comment section!