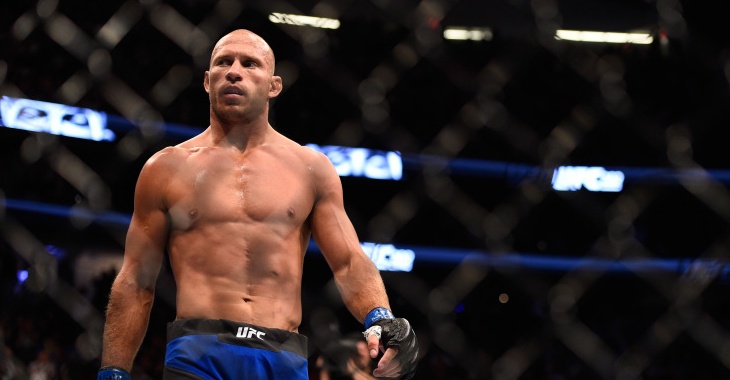 Earlier this week, there were some Donald ‘Cowboy’ Cerrone drama when he announced that his potential fight with Mairbek Taisumov fell through. It didn’t take long for another fighter to be in talks for a chance at the lightweight and welterweight wild man. Suddenly, there were talks of Yancy Medeiros and Cerrone meeting in Austin, Texas that left fight fans drooling. Now we know that those whispers weren’t just hot air. The UFC just made the welterweight bout official today. Medeiros and Donald Cerrone will have a main event brawl in the Lone Star State on February 18th.

After that ‘Fight of the Night’ with Alex Oliveira at UFC 218, there were already going to be more eyes on Yancy Medeiros’ next bout, but now that he’s fighting Donald Cerrone, no doubt there will be even more. If there are any more MMA fighters nicknamed ‘Cowboy’, they may want to watch out. He’s going after back-to-back wins over hat-wearin’, horse ridin’ scrappers. The Hawaiian is on a three-fight win streak and just cracked the top 15 of the welterweight rankings. A win over Cerrone, even if he’s on somewhat of a back skid, we’ll push him even further.

Donald Cerrone stacked together four straight wins in his trip up to welterweight, but has lost three fights in a row now. He was contemplating a move back to lightweight and fighting less, but it seems like he has changed his mind, at least for now. It’s a classic match-up between a younger fighter who’s been paying his dues, and a veteran who will be fighting to hold his place in line. All that aside, it’s just going to be fun as hell.

WHAT A FIGHT! Yancy Medeiros with the TKO win over Alex Oliveira in a fight of the year caliber match! #UFC218 https://t.co/8jeOSmU60n