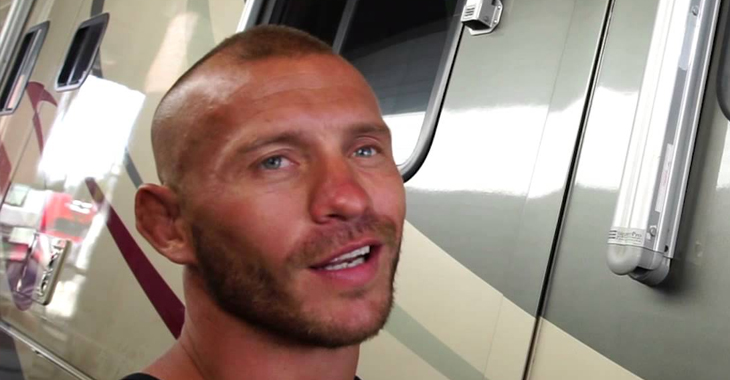 If you’re not familiar, Donald Cerrone isn’t a hotel man. He usually just fires up the ol’ RV and sets up a camp for the fights. It’s even not unusual to see him with at least one dog in tow. It’s his way of bringing a little bit of that ranch life with him whether he’s in New York or sunny Los Angeles. For his trip to Poland for UFC Gdansk, the recreational vehicle wasn’t an option. It’s a part of him he had to leave behind, but he’s more than made up for that already.

“It’s crazy sleeping in a hotel room for a fight, I usually have the RV with me. Other than the sleep apnea, coming over here to Poland has been great. My weight is fine, I’m eating anything I want right now. In fact, I met a local family here and they took us and cooked us dinner last night. She put out a Thanksgiving spread and I said sorry ma’am, I can’t eat this much food but then I did. I enjoy this whole process, being in Poland, walking around, checking everything out and being able to fight and doing what I love. I was even trying to get a fight sooner than now but of course it’s timing and other things.”

“That was the issue with this card. Once I got the Poland fight, it was finding an opponent for Poland. I’m glad Darren Till stepped up. I was trying to get a fight and the UFC gave me a lineup of all the places they’re offering me there was no Europe on there. I said what about the Poland card and Sean Shelby was like you’ll go overseas and I was like sure why not? It doesn’t matter where I fight or when I fight. You guys don’t understand, I’ll fight on the first fight of the night. It doesn’t have to be the main event or Poland or a pay-per-view. It makes no difference to me. This is what I love to do.” — Donald Cerrone speaking to Fansided.

Donald Cerrone may have not had his RV, but he is strutting around Poland (definitely wearing a cowboy hat) eating with strangers and admiring castles. Not only that, but at the end of it all he gets to do what he loves best: Fight. Although, it’s hard to figure out if he likes wakeboarding and scuba diving and all this James Bond stuff more. As long as he keeps being must-see TV, we guess it doesn’t really matter. He’ll fight Darren Till tomorrow afternoon for UFC Gdansk.