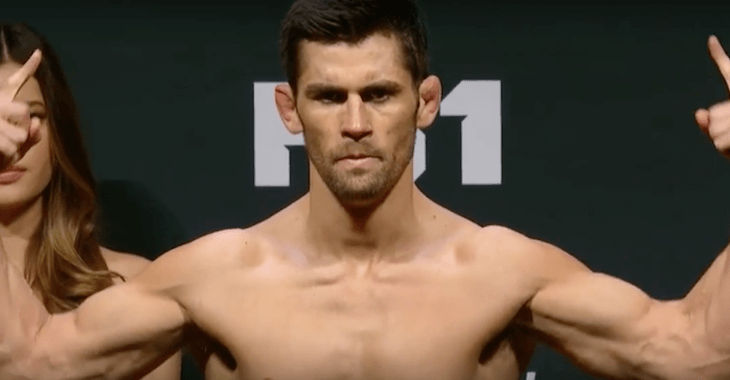 Prior to UFC 199, fighters had the opportunity to weigh-in throughout the course of the day on weigh-in day rather than at the official weigh-ins later in the day.

The idea is that by giving fighters the opportunity to weigh-in throughout the day, they will be able to rehydrate better before their fights Saturday night.

UFC bantamweight champion Dominick Cruz was among one of the first fighters to take advantage of the new procedure, and weighed-in early in the day. Following the official weigh-ins, in which he didn’t have to weigh-in, he spoke about how the new California weigh-in procedure is extremely helpful.

“I actually loved it personally. I feel way healthier now. I’m sitting here doing an interview and I’m not all sucked up trying to chug water. I got to weigh in at 10 this morning, rehydrate. It’s odd because I’ve never done it, where I’m healthy and feeling good at the weigh-ins, but man…I feel a big difference in my body.

With the new weigh-in policy in California, do you think we will see fighters performing even better in fights tomorrow night at UFC 199?