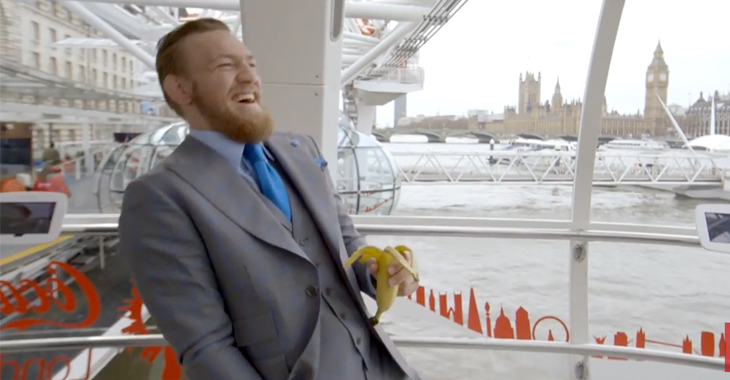 UFC heavyweight Derrick “The Black Beast” Lewis is known for his devastating knockout power and also for his wonderful sense of humor.

Lewis is constantly putting up comical posts up through his social media channels and usually has something funny to say or do in his interviews.

With the UFC featherweight champion Conor McGregor being featured in a spot for the “Body Issue” edition of ESPN the Magazine, Lewis was just one of many that took the opportunity to share some laughs about it. McGregor posed nude for the special edition of the magazine and the Internet got some great material for photoshop opportunities. Lewis posted this “#touchbutt” photo of “The Notorious” and his movement coach Ido Portal.

Derrick Lewis is set to fight Roy Nelson at UFC Fight Night 90 in Las Vegas, Nevada on July 7. Who are you picking to win? Let us know in the comments!