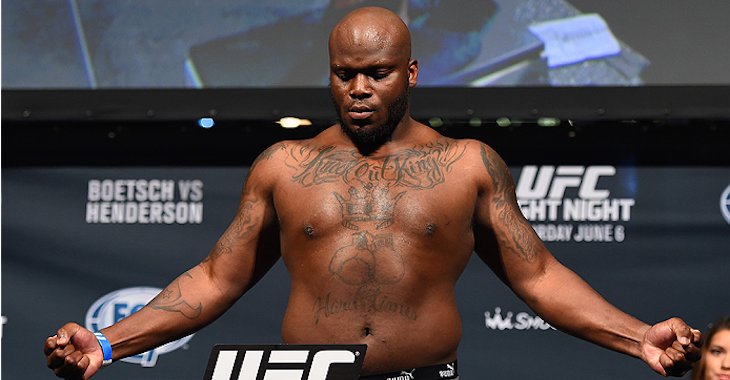 On Saturday, former UFC champion Brock Lesnar will make his highly anticipated UFC return after nearly 5 years away from the sport. While many are excited to see Lesnar return to the Octagon, others believe that the former champ should stay in the sports entertainment industry under the WWE banner, rather than return to the Octagon.

He spoke to media members:

“Brock Lesnar is not a fighter. He’s scared to be hit. It depends on how this fight goes. If my fight goes the way that I want it to go Thursday, I would like the winner.”

“I like Mark. He’s just like Roy. He comes out and fights. You know, swing and bang. I’m going with Mark in this one.”

While Lewis is on an impressive 3-fight win streak that has seen him knock out three opponents in a row, he knows he isn’t in a position to ask for a title shot just yet.

“I’ll fight anyone. The reason why I called out Roy is because it’s a more realistic fight. Ain’t no way I can really call out the champ and the UFC take my serious with it. I feel like Roy, he’s like closer to my ranking of whatever.”