This weekend, on the main card of the anticipated UFC 216 card in Las Vegas, fan favorite heavyweight contender Derrick Lewis will take on perhaps the biggest test of his career in former heavyweight king Fabricio Werdum.

When the cage door closes, Lewis is going to have his hands full, as Werdum is perhaps the greatest jiu-jitsu player in the history of heavyweight MMA. That said, Lewis isn’t particularly worried about his foe’s grappling. He’s just going to go out there and do what he always does: swing for the fences.

“I believe he still has the potential to be a champion,” Lewis said of Werdum in a chat with MMAJunkie.com. “He’s a tough guy. He goes out there and fights. He pushes the fight to you. He’s real strong in jiu-jitsu and his conditioning. But to me, I don’t care. I’m just going to go out there and swing until hopefully I hit something.” 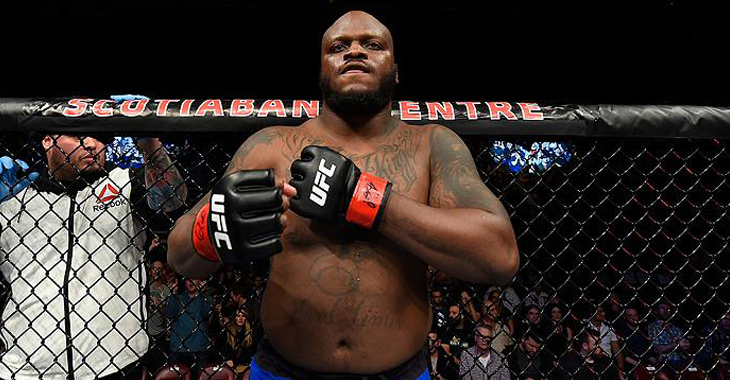 If Lewis defeats Werdum this weekend, he’ll immediately stand out as one of the top contenders in the heavyweight division. Apparently, however, he’s not too concerned about what come’s next or how he can find his way to a title shot. For him, it’s all about the money.

“I don’t care who it is [next],” Lewis said. “They could be give me a guy who’s not even ranked after this. Or they could give me the champion or a top-5 guy. It don’t matter. Like I said, as long as they pay me I’ll fight anyone.”

“I don’t care if I ever fight for the belt, just as long as they pay me good,” he added. “That’s all I really care about.”

Do you think Derrick Lewis can take out Fabricio Werdum this Saturday? If he does, who do you want to see him fight next?