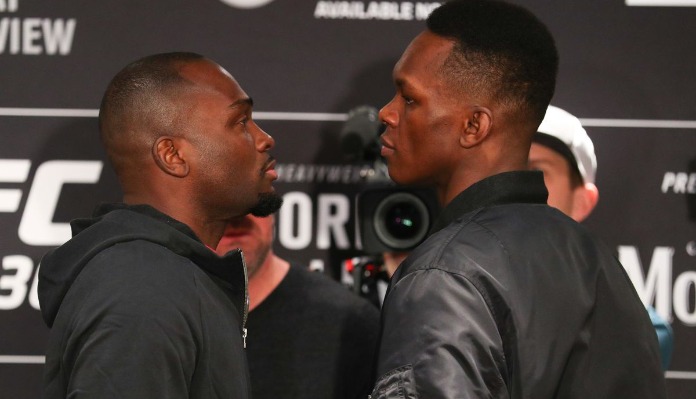 After Brunson submitted Darren Till in September, he called for a title shot against Adesanya. However, many assumed Adesanya’s next fight would be against Whittaker, which Dana White hinted at the fight being in January or February next year.

Yet, according to Bareman, he says Brunson, not Whittaker will be next for Adesanya.

“Brunson, but it might be Rob, but I don’t know,” Bareman said to Submission Radio about Adesanya’s next fight.

Why he thinks Derek Brunson should be next for Israel Adesanya is due to his winning streak.

“Brunson’s at five wins since he’s fought Israel and Robert’s at three. Brunson also had (Darren) Till, (Kevin) Holland, (Edmen) Shahbazyan, and a couple more. Yeah, so Till they have in common. You’ve got Shahbazyan, another up-and-comer, and Holland,” Bareman continued about Adesanya’s next fight. “Those three names are just as big as the ones that Robert’s beat, plus Brunson’s got (Elias) Theodorou and (Ian) Heinisch. That’s just my logic, I’m like, he seems to have put his hand up the highest, and looks like he’s going to be next.'”

Part of the reason why Bareman wants to do Brunson now is to give Australia and New Zealand a chance to get back open to host Adesanya vs. Whittaker 2 then. He knows it’s a massive fight for the region and if it can be held down there, that is what Bareman wants.

There’s no question this is still a fluid situation as to what is next for Adesanya. Regardless, it appears his next middleweight title defense will take place in January or February and will be against Brunson or Whittaker. It will likely be made official sometime in the near future as the promotion will need time to hype and promote the fight.

Who do you want to see Israel Adesanya fight next?