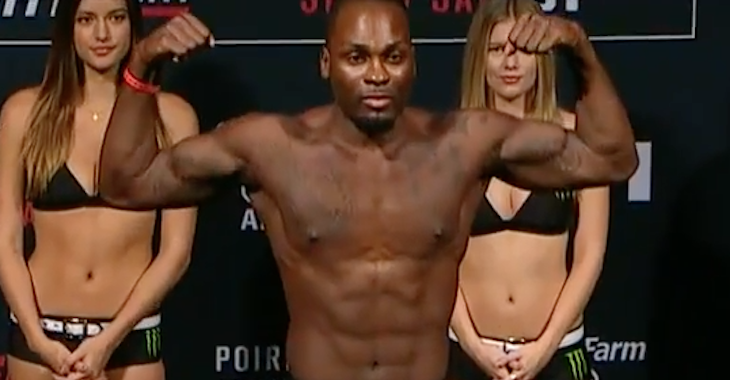 Coming off of his fourth first-round knockout last weekend and fifth win in a row, UFC middleweight contender Derek Brunson is already being scheduled for his next fight.

Following his TKO over Uriah Hall last Saturday, Brunson (16-3) is in talks for a fight down under with Robert Whittaker at UFC Fight Night 101 in Melbourne on November 27. The two surging middleweights appear to be on the cusp of becoming title contenders, and a win for either man would put them at six wins in a row. The 185 pound belt is currently on the waist of Michael Bisping, who knockout out Luke Rockhold at UFC 199. Bisping is set to defend the belt against Dan Henderson in a rematch of their UFC 100 bout in October, with ‘Hendo’ stating he may retire regardless of the outcome of that fight.

For a weight class short of fresh contenders, Brunson and Whittaker are poised for a potential shot at UFC gold. For Brunson’s part, his four first-round knockouts have come at the expense of Uriah Hall, Roan Carneiro, Sam Alvey, as well as a 36-second KO over notoriously tough Ed Herman.

Whittaker himself scored a 44-second KO over Brad Tavares last year as well as a decision victory over Hall at UFC 193. Who do you see winning between Brunson and Whittaker? Will Brunson continue his knockout streak? Or will Whittaker walk away with his sixth win in a row? Sound off, PENN Nation!