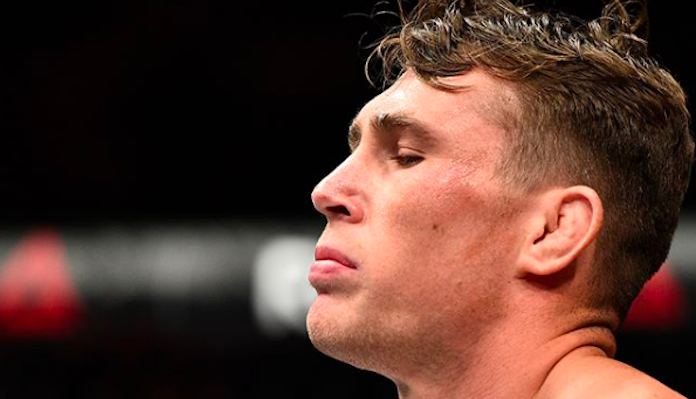 Speaking on Ariel Helwani’s MMA Show this week, Darren Till gave his take on why Colby Covington didn’t get the next crack at Tyron Woodley and the undisputed title. According to Till, Covington was just asking for a little bit too much in the negotiations for a potential fight with Woodley.

“I believe Colby has missed his opportunity,” Till said. “It is a sad situation. It’s unfortunate for Colby. He is the rightful owner of the interim belt. He beat [Rafael] dos Anjos, but sometimes you can’t have your cake and eat it.

“He wanted everything on his terms,” Till added. “The UFC didn’t want that, so he’ll have to sit out now.”

“You just can’t talk all that much shite about how you’re going to beat this champion, you beat him in sparring and whatever, and then the champ responds, Woodley responds, and the fight just sort of flutters off into the air. It doesn’t seem to work like that. As soon as Colby beat dos Anjos, Woodley called Colby out. That was there, that was made, Woodley was game, and it just doesn’t happen. So there’s the second guy, me, Darren Till. I’m ready, so that’s all I think about. I don’t give a fuck about any of that shit. I just want to go in there on the eighth of September and prove why I’m the best fighter alive right now.”

“Right now, there’s not a man in that division who can f*cking beat me. There’s just not a man. And it’s certainly not Woodley,” @darrentill2 on yesterday’s #HelwaniShow.

On Covington: “He wanted everything on his terms. The UFC didn’t want that.”

Needless to say, Darren Till is very confident heading into his title showdown with Woodley:

“Right now, there’s not a man in that [welterweight] division who can fucking beat me,” he said. “There’s just not a man. And it’s certainly not Woodley.”

Who do you think will come out on top when Darren Till and Tyron Woodley fight at UFC 228?