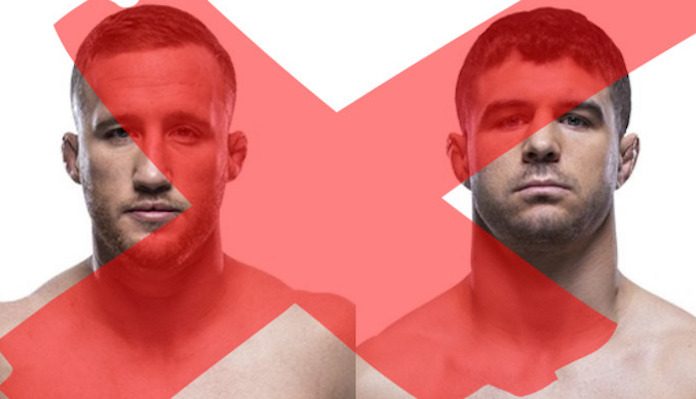 On a recent episode of his Call Me Al podcast, UFC lightweight Al Iaquinta suggested that a bout with fellow fan favorite Justin Gaethje was in the works for this summer.

“We’re hoping for sometime in August,” Iaquinta said. “August, September. I think they wanted it to be sooner, but like, that guy needs a rest. I was looking out for his health with that one. He needs a break for a minute.”

Shortly thereafter, Gaethje took to Twitter, denying that the fight was happening in August, but implying that it could indeed be happening.

Raging @ALIAQUINTA must have been trying to sound tough on his new podcast. Word on the street is he’s not ready for August #ufc #mma @ufc pic.twitter.com/qagMjw4IiD

“Raging [Al Iaquinta] must have been trying to sound tough on his new podcast,” Gaethje said in a Tweet. “Word on the street is he’s not ready for August.”

While both Iaquinta and Justin Gaethje seem to be interested in this fight, however, UFC President Dana White say it’s not happening. White stomped out this potential matchup on a recent edition of the UFC Unfiltered podcast.

“Yeah that’s a fun fight, but it isn’t going to happen,” White said (transcribed by MMANytt). “Iaquinta is absolutely, 100-percent out of that fight.”

The problem, White elaborated, is that Iaquinta wants more money — more than he’s entitled to based on the new deal he signed when he stepped up to fight Khabib Nurmagomedov on short notice at UFC 223.

“I’m pretty sure we just did a new deal with Al Iaquinta and he just got a good payday against Khabib,” White said. “He has a deal, let me reiterate he has a deal. He feels like if he moves up and fights guys higher ranked than him that he should be paid a lot more money. He feels that if he fights guys that a lower ranked than him, then he should make a lot less money.”

Makes sense to us, but that’s probably why we’re not running the UFC…

Would you like to see Al Iaquinta and Justin Gaethje fight?