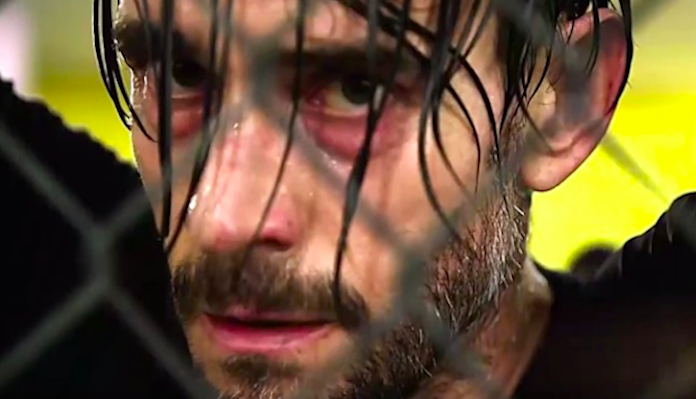 According to renowned MMA coach Duke Roufus, CM Punk has vastly improved since his failed UFC debut, in which he was thumped to a first-round submission loss by Mickey Gall.

“Way better,” Roufus told MMAjunkie this week, when asked ho much Punk has improved since his bout with Gall. “The first [fight] is a roll of the dice. You’ve got to take a gamble and see how your guy’s going to react in there and deal with a real fist fight. That being said, Mickey Gall was a very tough opponent. It was a tough first out. But I’m glad he got someone like Mickey Gall because when someone will take the licks that he did and the setbacks and want to come back for more, I know he’s made of something special.”

“He has the intestinal fortitude to be a fighter,” Roufus continued. “It wasn’t an easy way to lose, and his enthusiasm to continue on and get better has been special.”

Roufus added that Punk is developing a so-called “sixth sense” for fighting — something he says not every fighter has.

“Even guys that I’ve coached in the past in the UFC don’t even have that,” Roufus said. “He’s starting to anticipate and get a feel for blending it all together. He’s had a fantastic peak-out here before the fight, and I’m really optimistic for Saturday.”

Against his far more experienced UFC 225 opponent, Mike Jackson, Punk will need all the advantages, intangible and otherwise, that he can get. When you consider the fact that Punk has spent much of the lead-up to this fight — including a portion of Fight Week itself — battling a lawsuit, this reality becomes even more evident.

Do you think CM Punk can defy the odds and topple Mike Jackson at UFC 225 this Saturday night in his hometown of Chicago?