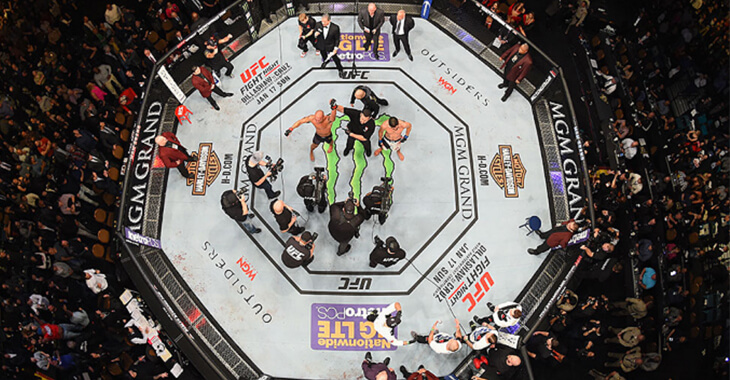 Rumors have been flying for quite some time now that state that the UFC brass is currently shopping around for a buyer for the promotion.

While a detailed report emerged earlier this week that says 4 buyers have emerged in the bidding war for the biggest MMA promotion on the planet, UFC President Dana White has denied that the UFC is for sale.

Despite that, on a recent appearance on the Dan Patrick Show, White revealed further details about the “deal” that he and the Fertitta brothers are working on.

White says it's absolutely false that Fertittas want to buy Raiders. Didn't completely deny when asked if a portion of the UFC is for sale.

White said IF they were in talks about a sale, couldn't discuss now. He did say they are always looking at expanding + mentioned China 1st.

Dana to @dpshow: "The UFC is not for sale. … But we are working on a deal. There are confidentiality deals involved."

It’s important to draw attention to the fact that White said the promotion is “working on a deal” but didn’t refute claims that a portion of the promotion is for sale. In addition, White bringing up an expansion could indicate that the promotion is looking to bring in a partner as a minority shareholder.