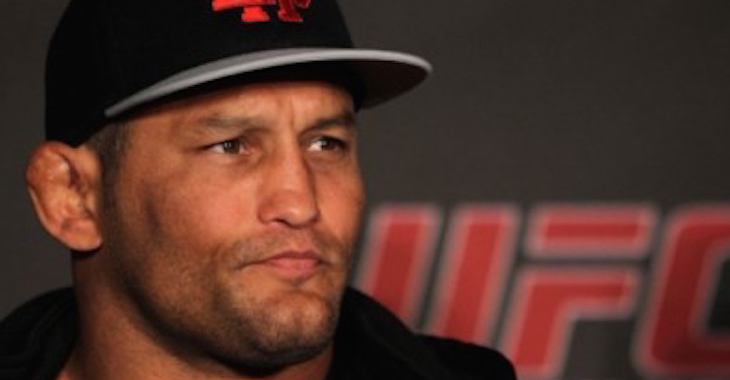 Former Pride FC champion Dan Henderson undoubtably has one of the most historic careers in the history of MMA. After winning the Pride welterweight championship in 2005, Henderson went on to win the Pride middleweight championship by knocking out Wanderlei Silva at Pride 33 in 2007. In addition, Henderson is a former Strikeforce champion, and has numerous highlight reel knockouts with his signature ‘H-Bomb’.

With that being said, many wonder what the 45 year old has left to accomplish in the sport he helped evolve. Ahead of his UFC 199 fight with Hector Lombard, Henderson has finally revealed that it could almost be time for him to retire given that he will be a free agent after his UFC 199 fight.

“I’m definitely capable of keeping on and still competing at a high level, but I’m almost ready to retire, and depending on how things play out after this fight with negotiations, yeah, it could be my last,” Henderson said. “Or maybe I’ll still fight. I don’t know yet. I’m at that point where I’m about ready, but definitely, I know in my heart I’m still capable of doing it and if I do decide to keep going on I’ll make sure I do it well.”

Only time will tell if Henderson is ready to hang the gloves up after his fight with Hector Lombard.