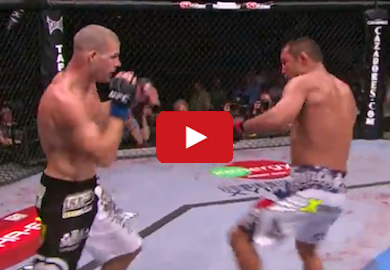 While we wait for Dan Henderson to return to action this weekend in Brazil, let’s relive one of his career defining moments.

Michael Bisping had won three straight bouts before running into Dan Henderson. Specifically, the overhand right of Henderson. The UFC veteran “Hendo” stopped Bisping in his tracks and handed the Brit just his second loss in 12 fights.