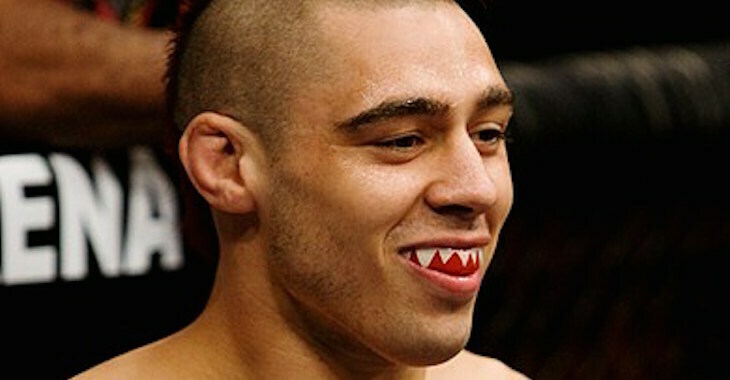 It’s been a long and emotional journey for former UFC welterweight title challenger Dan Hardy. In the midst of a 2-fight win streak that saw him KO Duane Ludwig, and then pick up a unanimous decision win over Air Sadollah in 2012, Hardy was surprisingly pulled from his UFC on FOX 7 scrap with Matt Brown in 2013 after being diagnosed with a heart condition.

For the past three years, hardy has been working towards fighting once again, in hopes of passing a medical screening and being cleared to return to the Octagon. In that time, ‘The Outlaw’ took up an analyst role with the UFC, as well as a commentary role on UFC Fight Pass events. Despite the fact that he is extremely open about loving his analyst role, Hardy is anxiously awaiting medical testing in January, where he hopes to find out once and for all whether or not he will be able to return to the Octagon. He spoke to MMAFighting:

“I’m going through more tests in January and hopefully I get some good news,” Hardy revealed Monday on The MMA Hour. “The doctors that I’m going to see have already seen my test results from back when I was testing for the Matt Brown fight, and I don’t know what the news it going to be. I’m open to either way.

“I’m just trying to be at peace with it. I’ve got so many good opportunities coming through with the UFC. I’m just beginning to start on a new three-year deal as a commentator. I love my analyst job. I’m in London right now ready to record the Inside the Octagon for (UFC) 207. We’re pulling apart three fights for that and I just love it. I love being obsessive.”

“This will be the one,” Hardy said. “So I’m going in, it’s two days of testing. I’m doing pretty much everything I need to do to find out where I’m at, not only for my fight career, but with my health as well. It’s a weird thing. It’s a weird thing to be told that all of a sudden there’s something wrong with you, when I’ve had no symptoms or issues or side effects or anything. I pushed my heart more than most people ever will and it’s never failed me.”