A pivotal heavyweight fight between Curtis Blaydes and Chris Daukaus is set to headline UFC Columbus.

According to MMA reporter, Ariel Helwani, Blaydes will take on Daukaus in the main event of UFC Columbus on March 26. The event was supposed to be headlined by Jan Blachowicz vs. Aleksandar Rakic, but the former champion had to pull out with an injury.

Curtis Blaydes (15-3 and one No Contest) returned to the win column his last time out scoring a decision win over Jairzinho Rozenstruik at UFC 266. Prior to that, Blaydes suffered a KO loss to Derrick Lewis, a setback which halted his four-fight winning streak. During that previous win streak, ‘Razor’ defeated Alexander Volkov, Junior dos Santos, Shamil Abdurakhimov, and Justin Willis respectively.

Blaydes is currently ranked fourth at heavyweight. He’s 10-3 with one No-Contest and two of his career losses have came against reigning heavyweight champion Francis Ngannou. 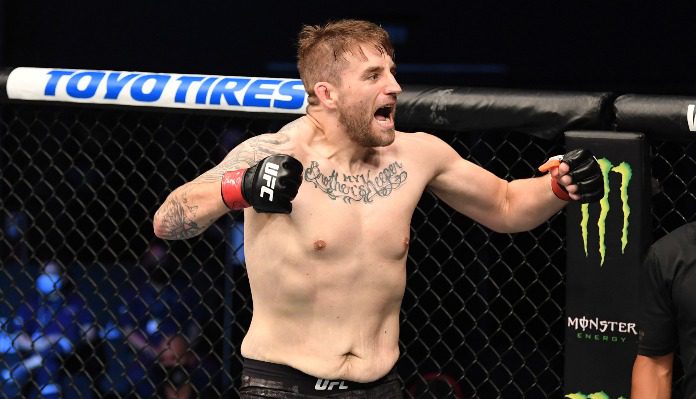 Chris Daukaus (12-4) suffered his first UFC loss last time out as he was knocked out by Lewis in the first round in his first promotional main event. Before the setback, Daukaus scored knockout wins over Abdurakhimov, Oleinik, Rodrigo Nascimento, and Parker Porter. The seventh-ranked heavyweight only signed with the UFC in August of 2020 and has made an incredible run in the promotion.

With the addition of Curtis Blaydes vs. Chris Daukaus, UFC Columbus is as follows:

Who do you think wins, Curtis Blaydes or Chris Daukaus?