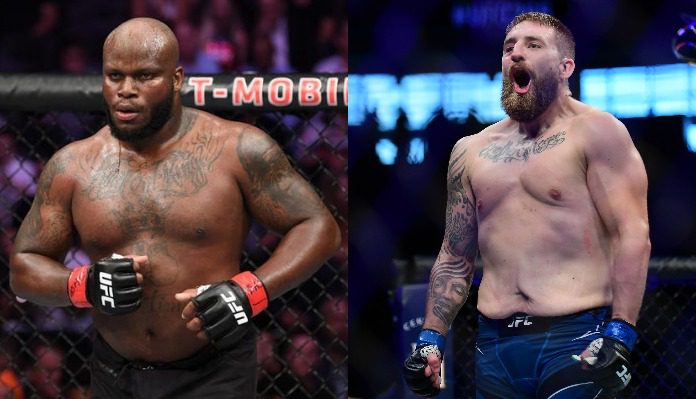 Round one of the UFC Vegas 45 main event begins and Derrick Lewis takes the center of the cage. Both men are being very patient early on here. ‘The Black Beast’ is slowly but surely closing the distance. Chris Daukaus leaps in with a jab and then circles off the fence. He lands a nice low kick. Lewis looks to counter with a right hook but it is partially blocked. He throws another combination that includes a solid low kick. Daukaus looks to come forward now. Derrick Lewis keeps him at bay with a head kick. Chris Daukaus replies with a nice low kick. He follows that up with a right hand that just misses. Another leg kick connects for the Philadelphia native. Lewis responds with a flurry. Daukaus is hurt. Big shots and this one is all over. Chris is out cold.

THE BEAST IS UNLEASHED!!

Derrick Lewis in under a round to close out 2021! #UFCVegas45 pic.twitter.com/c3cffl7IBC

Who would you like to see Lewis fight next following his KO victory over Daukaus this evening in Las Vegas? Share your thoughts in the comment section PENN Nation!