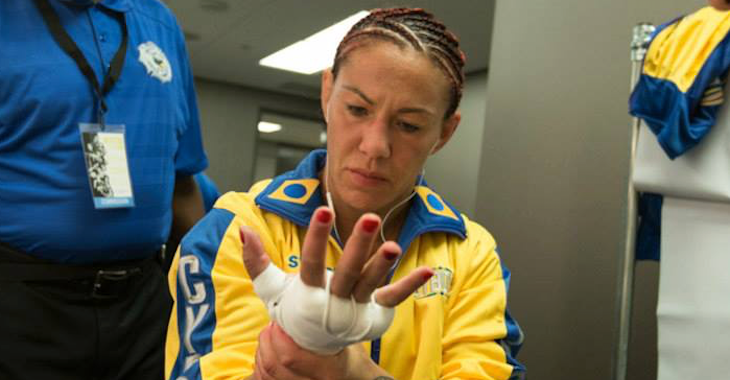 Exciting news surfaced this month that Invicta FC women’s featherweight champion Cris Cyborg had been cleared of her USADA anti-doping violation stemming from a random out-of-competition drug test in December. While Cyborg was initially flagged for the potential doping violation, UFC President Dana White expressed his faith in the situation, stating that he believes Cyborg will be the next challenger to the women’s featherweight title.

“The drug that she had taken, she should have immediately let USADA know about it,” he said. “But it’s legit. She legitimately has these three separate issues, and that’s what that drug is used for. The doctors are saying it, and it’s looking good for her. I like it a lot.”

Now, with Cyborg cleared of all wrongdoing by USADA, the Invicta FC women’s featherweight champion spoke to MMAFighting: “It was a tough time, but I knew I did nothing wrong, I had not cheated,” Cyborg said.

“I lost a lot of public appearances, I lost sponsors, during the two-month investigation. But I’m happy, everything’s great now, and I have to say thank you to my team, to my lawyer, thank you to Jeff Novitzky who works for UFC who helped me and my team go through everything in the process.”

“I was really stressed about everything, because I did a mistake one time in my life, and then I learned a lot of things about this mistake,” she said. “And the one thing I learned the first time, just some people stay with you. This time, same thing. These are the people I really trust, who stay with me, and I appreciate everyone.”