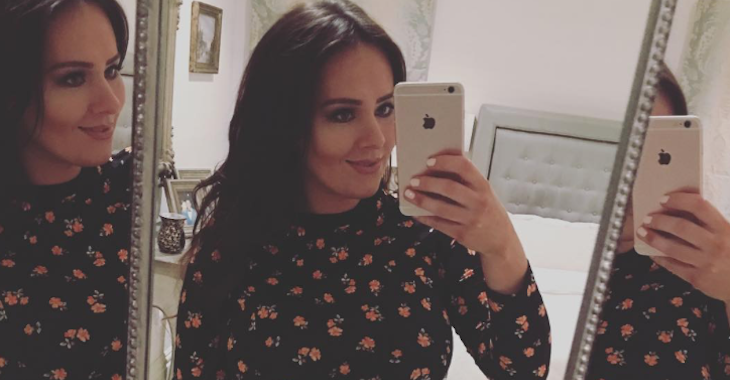 Following UFC superstar Conor McGregor‘s UFC 205 win over Eddie Alvarez, where The Notorious cemented his place in the history books by claiming the UFC lightweight title as he finished the Alvarez in the second round, the ‘champ champ’ revealed that he would be taking some time off from fighting given that he and his girlfriend, Dee Devlin, were expecting the birth of their child in May.

Recently however, McGregor revealed the gender of his child during his pay-per view interview, saying:

The only time my records are going to be broken is by him.

“I’m going to train this child. I hope when it comes down to it I can settle down when I have a child.”

Now, McGregor’s girlfriend, Dee Devlin, has taken to social media to show off a pic of her baby bump ahead of her May due date:

Devlin and McGregor of course have been together for nearly a decade now, and the champ has been very open about how she has helped him throughout the course of his career, telling The Sun: “My girlfriend worked very hard throughout the years and stuck by me when I had essentially nothing,” he told the Irish Mirror.

“For me to be able to take her out of work, give her everything she’s ever wanted and to travel the world with, fills me with pride.”

“If It wasn’t for her, I probably wouldn’t be where I am today. So definitely, I love to spoil her.”

“Every day, since I started out in this game, she’s supported me,” he said.

“She’d drive me to the gym, and she’d listen to all my dreams. Dee is a lifesaver for me. I wouldn’t be doing this if it wasn’t for her, and that’s for sure. I’m doing all of this for her.”