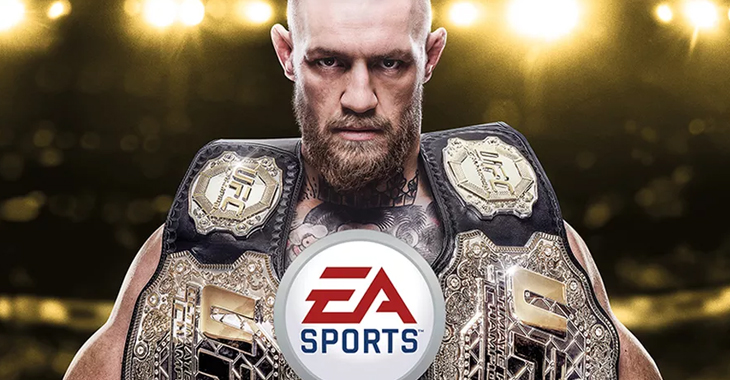 Love him or hate him, there are simply no arguments against Conor McGregor being the biggest MMA fighter in recent years. What he has accomplished in four short years is nothing short of astonishing. With the new EA Sports UFC 3 dropping, everyone wondered who would be on the cover and it’s not really a surprise. EA Sports awards Conor McGregor the honor of gracing back-to-back covers of their UFC franchise. This time he doesn’t share the case with Ronda Rousey, but stands alone with two UFC titles perched on his shoulders.

“The big new features this time around are an improved animation system, a movement system with an emphasis on positioning and closing distance, a career mode with out-of-the-cage antics and storylines (finally), and new multiplayer modes that allow you to fight completely in kickboxing mode or test each other’s wills and bone sturdiness exclusively on the ground. Oh, there’s also a new submission system.” — via Kotaku.

Conor McGregor alone won’t steal the show here though. Also released are some new features in EA Sports UFC 3 that changes the game completely. The submission system has been overhauled, the graphics are improved, but most importantly they’ll be adding storylines and ‘out-of-the-cage’ antics into the video game. This just goes to show you how much the sport has changed since the last release.

Not only that, but going by the full trailer (which you can check out below) Demetrious Johnson’s suplex into an armbar that he submitted Ray Borg with at UFC 216 will be in the game. If you look closely, you can also catch Conor McGregor facing off with Tony Ferguson. Is this foreshadowing or wishful thinking? The game will drop on February 2, 2018 but if you preorder you can play the game as early as January 30th.

UFC 3. Become the GOAT inside and outside the Octagon.