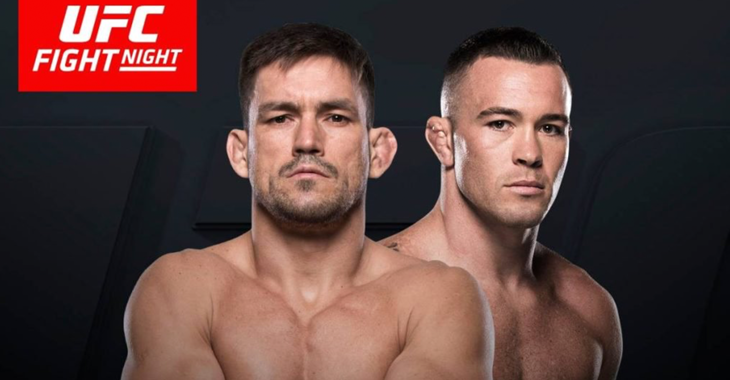 After a very competitive opening round, “Chaos” was able to turn the tide in his favor in round two and continued to dominate Maia until the final horn.

Following his big win, Covington took to the mic where he trashed Brazil and then proceed to callout current welterweight title holder Tyron Woodley.

Here is how the pros reacted to Covington’s unanimous decision victory over submission specialist Demian Maia:

Convington will not beat Woodley with that striking

It’s not always how you start! It’s how you finish!! Such a crazy sport!! #UFCSP

is bleeding from a Jiu Jitsu player? https://t.co/5lxPebOdzv

Embarrassed he is in my division https://t.co/epJuPBiT01

I feel the same https://t.co/Nf6cHsNxVZ

With a blind fold on https://t.co/EvgdmGmaMB

The 29-year-old is now 13-1 overall in his mixed martial arts career with his lone loss coming to Warlley Alves at UFC 194 in December of 2015 via submission.

Who would you like to see Colby Covington fight next following his unanimous decision victory over former title challenger Demian Maia? Does he deserve a shot at the title? Sound off PENN Nation!