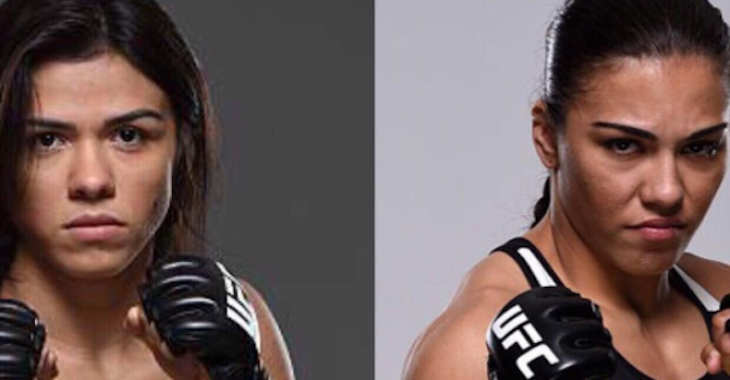 The scrap ended up stealing the show as Andrade and Gadelha engaged in a bloody war that lasted the full fifteen minutes.

Claudia Gadelha got off to a quick start in the fight, hammering Andrade with some beautiful combinations.

However, after surviving Claudia’s early onslaught, Andrade would turn the tide and begin to dominate Gadelha for the better portion of rounds two and three.

In the end both women were left covered in blood, but it was clear that Jessica Andrade had won the war.

Here is how the pros reacted to last night’s epic women’s scrap.

Gadelha opens up Andrade early with probably an elbow. She's looking much faster, and technical than the brawler, Andrade.#UFCJapan

Gadelha opens up Andrade early with probably an elbow. She's looking much faster, and technical than the brawler, Andrade.#UFCJapan

Told u they were savages. What a fight !! #ufcjapan great performance

Do you think Jessica Andrade should be awarded a rematch with Joanna Champion after her performance last night in Japan? Sound off PENN Nation!