After a long stretch on the shelf, during which he fulfilled the two years of mandatory military service required of all South Korean citizens, “The Korean Zombie” Chan Sung Jung is ready to return to the Octagon. Though he’s called for a comeback fight with our very own BJ Penn, it sounds as though he’ll instead take on the ever-entertaining Dennis Bermudez in the main event of a February 4 Fight Night in Houston, Texas.

Reports of this matchup come from Ariel Helwani of MMAFighting.com.

Should this bout materialize as Helwani suggests, it’ll mark The Korean Zombie’s first steps onto the canvas in more than three years. We last saw him in action in August of 2013, when he attempted to wrest the featherweight belt from the waist of Jose Aldo, but was ultimately TKO’d after dislocating his shoulder in the fourth round. 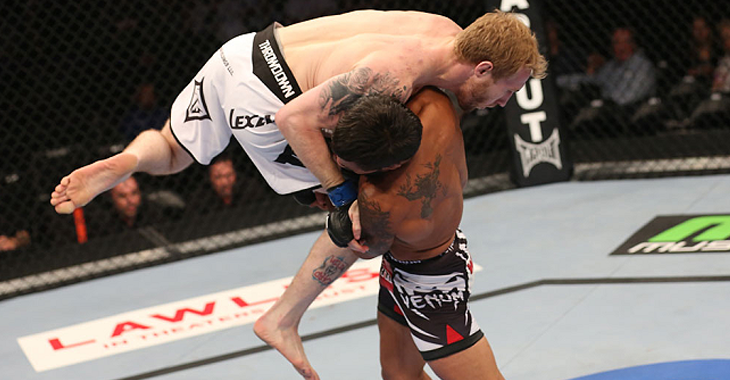 Do you think the Korean Zombie can win this proposed comeback fight, or will he be foiled by ring rust and the immense skill of Dennis Bermudez? Sound off, PENN Nation!