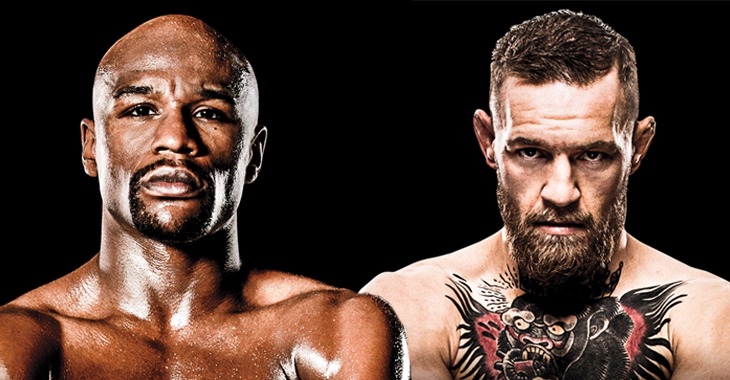 Floyd Mayweather’s 10th round TKO of the surprisingly game Conor McGregor thrilled pretty much everybody – that includes celebrities and athletes who were watching on from ring-side and on TV screens around the world.

Here are some of the best reactions from celebrities and athletes from other sports:

This was better then the pacquiao!! First time Floyd actually fight 👊🏾👊🏾

lol at all these self-proclaimed boxing experts on twitter😂😂

Congrats @FloydMayweather!!! 50-0 is unprecedented!!!! Was a treat and honor to witness history.

S/O @TheNotoriousMMA!! Showed you’re a champ and monster in your own right as well. Lot of respect!

Anyone that chirped McGregor look yourself in the mirror. What a fight and what an athlete. Earned every piece of respect possible.

#TBE #Mayweather that was a entertaining fight. Credit to #McGregor for standing in there and making it a good fight.

A legend! @TheNotoriousMMA amazing to witness that event! What a speech after… win or learn! @John_Kavanagh boys did everyone proud pic.twitter.com/joKkcZRDzZ

Hell of a show. Lot of respect to both of them for what they have become. #greatness

I’m not mad that I stayed up all night to watch this fight. 👏🏾👏🏾👏🏾 @FloydMayweather is definitely TBE!!! @TheNotoriousMMA Much Respect!!

A champions heart. Great fight by two warriors. But Mastery took over from a lifetime of experience. #Mayweather pic.twitter.com/Z6RGJQlKri

THE REF SHOULD’VE LET HIM GET KNOCKED OUT!! #MAYWEATHERMCGREGOR pic.twitter.com/0ezKNjCOnA

But let me say: I have an enormous amount of respect for @TheNotoriousMMA! Amazing fight! No reason to ever have his head down.

dont let this fight distract you from whats about to go down on thrones tomorrow tho pic.twitter.com/UQVk1HkjeE

you’re literally wrong about everything https://t.co/hE3ucy3fWd

Congrats to @FloydMayweather. 50 wins. Much respect to @TheNotoriousMMA. pic.twitter.com/qocLaNmwS3

How did you react to Conor McGregor and Floyd Mayweather’s anticipated battle? Did you enjoy it?