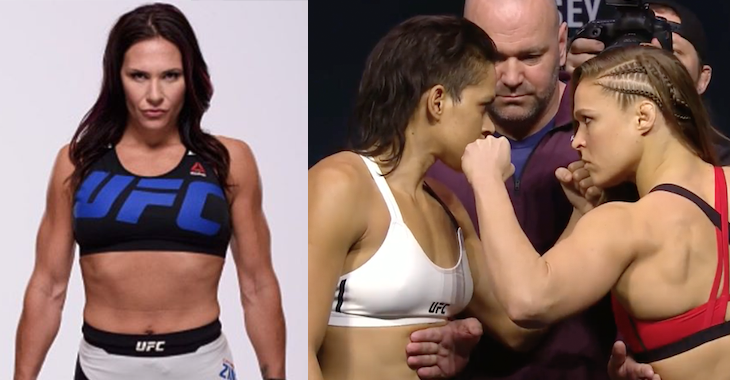 If you know anyone who has taken their own life, the sting of that loss burns for a long time and former UFC women’s bantamweight title challenger Cat Zingano is one to know.

After UFC women’s bantamweight champion Amanda Nunes devastated Ronda Rousey in their title fight at UFC 207, Zingano called out Nunes on twitter for being disrespectful to Rousey and recently explained her position to MMA Fighting.

“[Ronda] was strong enough to admit that she was having suicidal thoughts,” Zingano told MMA Fighting, who stated she had thoughts of suicide after losing to Holly Holm. “Who the hell sits there and makes fun of someone for that? Who the hell thinks they can get on there and call somebody weak or whatever? That is why suicide rates are up tenfold from the last two decades. That is why mental health is such a stigma. That’s why mental illness is something people don’t talk about, because of bullshit like that.

“It’s obviously something I have a close relationship with, and it’s something Ronda has a relationship with. Her family members have also committed suicide. That 100 percent, scientifically, puts her at higher risk. It’s a statistic.”

In 2014, Cat’s husband, Mauricio Zingano hung himself, which is obviously why suicide is not something the UFC fighter takes lightly.

Suicide also hits Rousey close to home as her father took his own life when she was just 8-years-old. Many people were shocked while some were less sensitive after hearing Rousey’s thoughts of suicide following her loss to Holm.

“But it’s not like that for me. She’s done a lot for me. Just like I would for anybody else. My neighbor helps me. If somebody came at my neighbor the way Amanda came at Ronda, I’d be in their face just the way I’m in her face. That’s who I am, and that’s what I do. Half the reason I fight the way I fight is because of where I get my mind, and I’m very protective of the things that matter to me.”