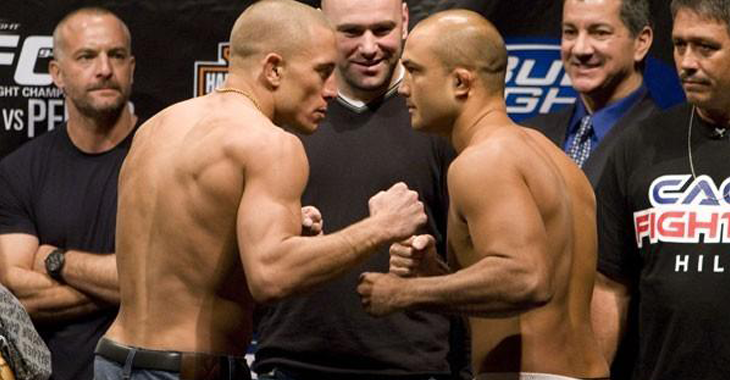 After hearing Georges St-Pierre tell Ariel Helwani on a recent episode of “The MMA Hour” that he could easily fight at lightweight, our namesake, BJ Penn took to twitter to cordially ask “Rush” for another fight in the Octagon.

Penn tweeted, “Hey @GeorgesStPierre if you can make 155 easily, I’m free in November and would love the opportunity to fight you at 155 pounds in New York.”

Hey @GeorgesStPierre if you can make 155 easily, I'm free in November and would love the opportunity to fight you at 155 pounds in New York.

Do you think a bout at 155 pounds could make the difference for “The Prodigy” to get a win over the former king of the UFC welterweight division? Sound off in the comment section!