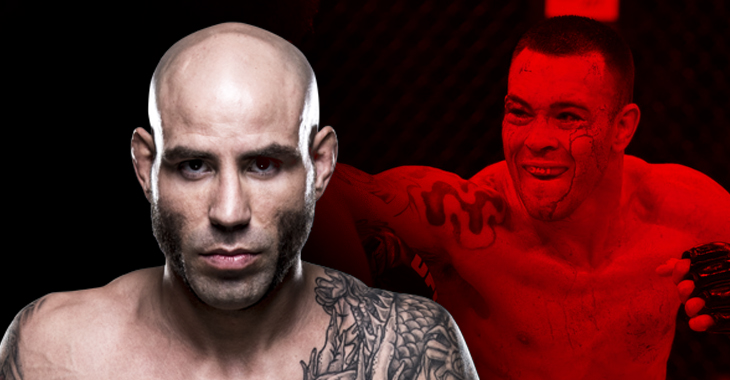 If it’s attention Colby Covington wanted, attention he got. He took out former UFC welterweight title challenger Demian Maia, trashed Brazil, called out Tyron Woodley, and later spoke out against American Top Team co-founder Ricardo Liborio. Ben Saunders, fellow welterweight and ATT member, didn’t take too kindly to any of Covington’s comments. Matter of fact, he got super heated and decided to get some stuff off his chest. This resulted in a profanity-laced video that would make any bleep button sound like a Morse code distress message.

“Yeah, this is definitely a message for Colby Covington or however the f-ck you say your last name, bro. You’re gonna’ f-cking come out and f-cking talk sh-t about Ricardo Liborio? Are you f-cking joking me? He didn’t f-cking disrespect you. You little f-cking bitch. You’re going to come out and call him a scumbag? Call him a f-cking con man? Are you kidding me? American Top Team wouldn’t even f-cking be here if it wasn’t for him. Why don’t you f-cking do your research, b-tch. Obvously, Dan Lambert f-cking needed that motherf-cker to even start American Top Team. Dan Lambert being a motherf-cking millionaire. Whatever the f-ck you’re talking about, shut the f-ck you up. Stylistically? I f-cking put you to sleep, b-tch. On the feet? I f-ck you up.  In the clinch? I f-cking put you to sleep. On the ground? I make you my b-tch. Keep talking that sh-t, man. Keep running your f-cking mouth. Rankings don’t mean a goddamn thing. Stylistically? I make you a highlight reel.” — Ben Saunders on his official Instagram.

While a video like that would hype up anybody, it’s unlikely this results into an actual fight. Ben Saunders is seven spots underneath Colby Covington, perhaps even more considering Saunders isn’t ranked at welterweight. However, he said it himself and we’ve seen it proven time and time again that rankings don’t mean anything. There’s a real rivalry here, whether that is enough for the UFC to put something behind is up to them. The way that Saunders was talking, it doesn’t seem like an official sanctioned fight even matters. This is a classic gym war that could take place behind close doors, it just would be better if we were able to see it.

For the record my issues with Colby is not about his comments towards Brazil though awful, he claims what he said was a Promo and then he ran for his life, I get it. In his eyes it was just business and a game he is playing, nothing more, or so he claims. I guess I understand that with the way things have been going these days, Conor made everyone think that you have to sell fights the way he does, and to get attention, so again I understand what Colby was trying to do. Even if he is terrible at it. He does have people talking and is going the heel approach. But to come out and try and defame Ricardo Liborio, the man that basically created the gym Colby trains out of , as Dan Lambert alone would not have been able to form ATT without Libo, or at least in the same time frame and era in which ATT was formed. None the less if your gonna talk shit and try to defame one of my mentors growing up and throughout my career, and attack a Legend in the sport who also happens to be the man that gave me my black belt, I ain’t about that. He can make a formal apology to Libo and his family for the comments he made, as those comments may also have been made to just be a dumb game of words Colby is playing to keep his WWE style persona intact. If he doesn’t really mean the comments then he can take them back. As mistakes happen. But if he wants to stand by his statements well then luckily enough for me he fights in the same organization and same weight class as me. I am just letting it be known if the opportunity arises that I would jump on this fight in a heart beat. As styles make fights and my style would smash Colby’s fucking face in and I would finger paint with his blood. Those who actually know me, and or been following my career closely know my skill set and know this is very possible. If you are not directly connected, I don’t expect you to understand. My comments are not some lame ass Promo. I am truly offended by what he said about someone I respect. I am old school and a true Martial artist, who believes in respect, honor, and loyalty. This isn’t about stupid social media feuds, and trying to sell a fight. I hate bullies and ignorant people with no remorse. 👊