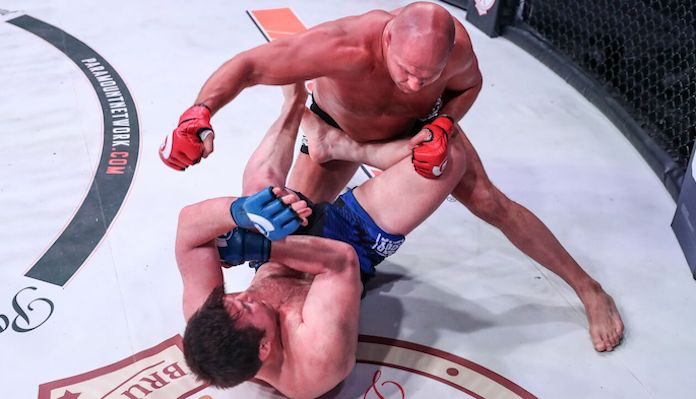 Chael Sonnen vs. Fedor Emelianenko, which headlined Bellator 208 on Saturday, was a fight that many fans were looking forward to, and it lived up to most expectations. Though it was not a long fight, it was a fun one until Emelianenko finished Sonnen off with a storm of first-round ground strikes.

Unfortunately, this fun fight is being somewhat overshadowed by fight-fixing allegations. Some fans have speculated that Sonnen didn’t try in that fight, or that he even lost on purpose.

“Come on, that doesn’t even deserve a response to the people that are saying it,” Scott Coker said at Bellator 208 post-fight press conference. “Listen, Chael got clipped. He told me, ‘Man, he hit me and he hit me really good,’  and he was done. So that’s it. With Chael, the thing with Tito, ‘oh, he let him go’ or something… come on, why would you do that? You’re a professional athlete and you’re a fighter. He wants to continue, he wants to go to the next round of the tournament. That’s just all rubbish.

“To me, they see Chael, he’s got this character and I think they just feel like with Chael it’s just like this character, so maybe that’s what they’re thinking,” Scott Coker continued. “But If you had Fedor punching you and kicking you and kneeing you like he was doing today — that was real, that was not fake.”

Of course, there’s zero proof that this fight was fixed. And regardless, Bellator can now look forward to a very good Heavyweight Grand Prix final between Fedor Emelianenko and Ryan Bader. Bader, who currently owns the light heavyweight title, will look to become the first Bellator champ-champ, while Emelianenko will look to cement his legacy as the heavyweight GOAT.

“I feel like as a promoter, whoever wins the matchup wins and that’s it,” Coker said. “If [Fedor] would have lost, Chael is a great promoter himself and that would have been a great fight with him and Bader. Both of them, I think would have been interesting matchups, but anytime Fedor steps into the cage it’s a special, historic moment, and I think we’ll have another piece of history on the 26th of January.”

What do you think of these accusations against Bellator and Scott Coker?