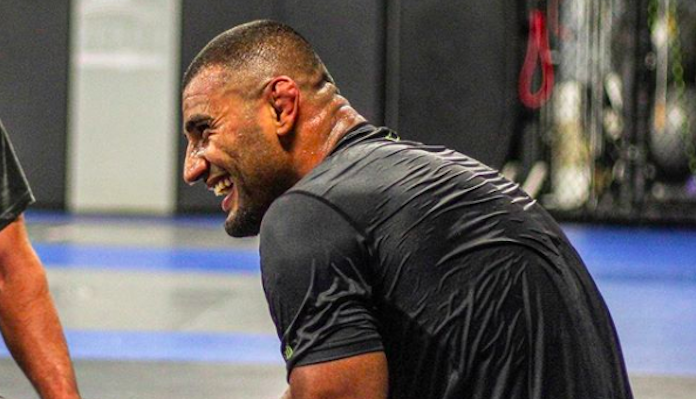 Douglas Lima and Michael Page squared off in tonight’s Bellator 221 co-headliner, with the winner advancing to the finals of the promotions Welterweight Grand Prix.

Meanwhile, former Bellator welterweight champion Douglas Lima (30-7 MMA) was last seen in action this past September, where he picked up a submission victory over Andrey Koreshkov.

In the second round of tonight’s highly anticipated semi final matchup, Douglas Lima was able to catch Michael Venom Page with a foot sweep. As ‘MVP’ attempted to get back to his feet, Lima caught him with an uppercut that send the English fighter crashing back down to the floor. From there, Douglas Lima would follow up with hammer fists that forced the referee to step in and call a stop to the contest.

Check out how the pros reacted to Douglas Lima’s impressive knockout victory over Michael Venom Page below:

.@PhenomLima is a bad man

Wow – @PhenomLima advances in the @BellatorMMA Welterweight Grand Prix with an emphatic KO.

Now faces the winner of @rory_macdonald and @NeimanGracie in the tournament final. #Bellator221

What was your reaction to Douglas Lima knockout out Michael Venom Page at Bellator 221 this evening? Sound off in the comments section Penn Nation!