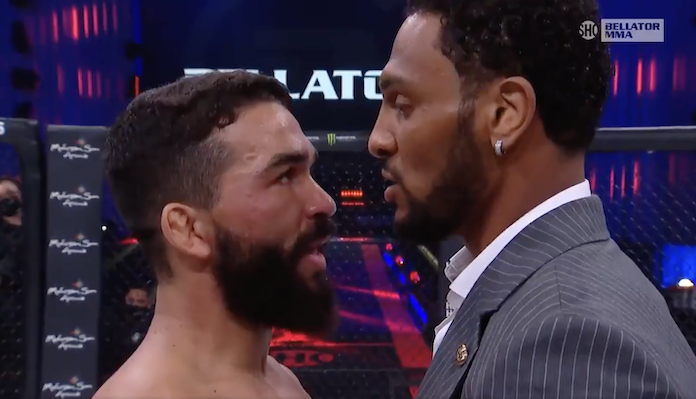 Pitbull and McKee will meet on July 30 on Showtime, according to MMAFighting.com, with Pitbull’s 145lbs belt and the $1 million tournament grand prize up for grabs. The venue and location for the event have not been determined yet, although Bellator has been holding all of its shows at the Mohegan Sun Resort in Uncasville, Connecticut during the COVID-19 pandemic. However, it’s possible the promotion could look to book this fight somewhere else where more fans will be allowed to attend since it’s such a big fight for the promotion.

McKee (17-0) is the top featherweight prospect in Bellator. The son of former UFC fighter Antonio McKee, the younger McKee is just 26 years old and he has already won all 17 of his pro MMA fights, with all of those matches coming in Bellator. During the tournament, McKee has defeated Darrion Caldwell, Derek Campos, and Georgi Karakhanyan. He has shown a very well-rounded MMA game with dominant grappling to go along with serious striking skills, making him a legitimate threat to defeat Pitbull and take his belt. This should be a fantastic fight regardless of who gets their hand raised, and it will go down on July 30.

Who do you think wins the Bellator featherweight title this summer between champion Patricio Pitbull and challenger AJ McKee?