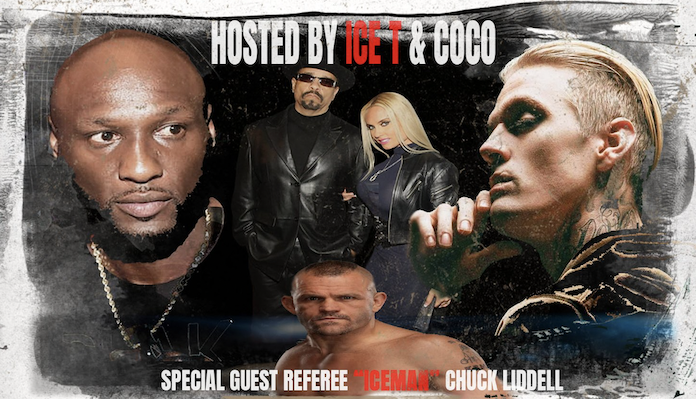 Odom meets Carter in a special exhibition boxing match between the former NBA champion and the pop star. The special guest referee for the fight will be former UFC light heavyweight champion Chuck Liddell. On Thursday, Odom and Carter squared off ahead of their boxing match, with Odom having a sizeable weight advantage over his opponent.

Speaking to TMZ Sports ahead of the fight, Odom said that he’s excited to enter the ring and cross a boxing match off of his bucket list. The fact that he gets to go in there against someone like Carter who he doesn’t like just makes it all the sweeter for Odom, who says he’s confident that he’s going to knock Carter out, and he made sure his girlfriend knows.

“I could really give a f*ck. I’m prepared. I don’t know who’s he’s sparring against, but I know my gym is full of guys that can fight, and I’ve been sparring and I have a really good trainer. He’s been talking sh*t but I’m going to put him to sleep early. I don’t know what round I’m going to knock him out in. I asked his girlfriend yesterday, what round do you wanna wake him up in? She didn’t answer,” Odom said.

Odom and Carter do not have any boxing experience so it’s hard to say what we can expect from this matchup, though Liddell promised that he would let both men fight. It will be interesting to see how the weight and height advantage play a factor for Odom in this fight, though ultimately it’s a matchup between two amateurs and should be treated as such.

Who do you think wins this celebrity boxing match between Lamar Odom and Aaron Carter?