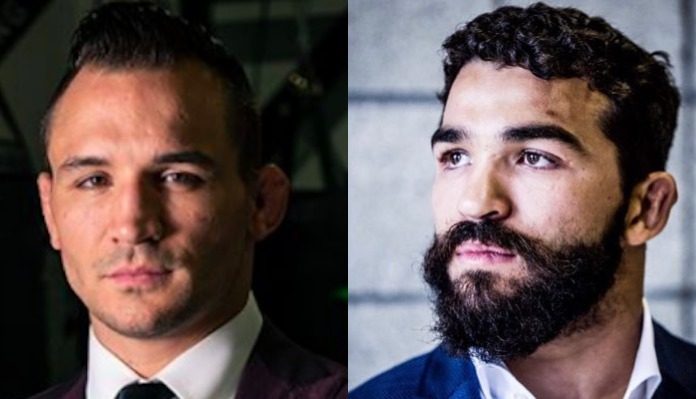 Patricio Freire, who holds the Bellator featherweight and lightweight titles, expects his former foe Michael Chandler to sign with ONE Championship.

While he’s expressed interest in moving to the UFC for fights with the likes of Khabib Nurmagomedov, Justin Gaethje and Dustin Poirier, Freire believes he’ll sign with ONE Championship to complete a trilogy with his former rival Eddie Alvarez.

“His future is uncertain, it looks like he will talk to Dana White and Bellator still has the right to match the offer,” Freire told MMA Fighting. “He has already shown interest in fighting for ONE, and I think he will go there. He has been teasing a trilogy with Eddie Alvarez for a while and we know that the Asian company is paying these big name guys really well.

“Chandler, the way he is now in Bellator, he can get in the UFC and do some damage,” Freire said. “(ONE has) money, the trilogy he wants to do with Eddie Alvarez, which we know would get him good money that the UFC might not pay him.”

“His eyes might sparkle for the UFC,” Freire said, “but if he goes to the UFC and USADA stays on him, he can’t have the same performance and will lose easily.”

While it remains to be seen where Chandler ends up signing, UFC President Dana White has, at the very least, expressed interest in meeting with the former Bellator champion.

“They said, I didn’t know this, but they told me that he said he wanted to meet,” White said of Chandler (via MMA Mania). “And I said I’d love to meet with him. That guy has earned it and, yeah, would love to talk to him.”

Where do you think Michael Chandler will end up?