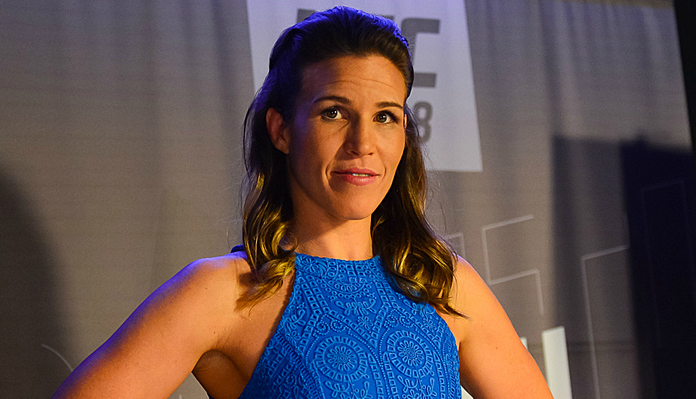 As UFC bantamweight contender Leslie Smith was working her way up the rankings ladder in 2016-2017 with three consecutive wins in the division, she was also making her presence felt in more ways than just within the Octagon.

Having always been a strong advocate for fighter’s rights, Smith would launch Project Spearhead in early 2018 in an effort to create a fighter’s union for UFC athletes.

In the end, this would be problematic for Smith’s fighting career as the UFC would end up letting her loose despite her in-Octagon success.

Scheduled to face the rising prospect, Aspen Ladd at UFC Atlantic City in April 2018, Smith would lose out on the fight after Ladd missed weight. It was the last fight on her contract.

Looking to negotiate a new contract and keep the fight alive, the UFC instead canceled the fight and gave Smith her show and win money effectively making her a free agent.

A full year later and Smith has now signed with Bellator MMA and will compete in their 145-pound featherweight division.

With Bellator and Smith taking chances on each other, ‘The Peacemaker’ would take to Twitter on Tuesday to break down why she’s been fighting for fighter benefits and compare the UFC and Bellator after hearing the recent news regarding Renato ‘Babalu’ Sobral.

“[This is] Why I have been fighting for fighter’s benefits. The UFC makes billions of dollars and considers the fighters to be expendable. The people who fight are taking damage that millions of dollars can’t fix. They deserve more for sacrifices than the kick out the door they get.

“Is it hypocritical of me to sign with Bellator while pointing out how messed up practices are in MMA and especially the UFC? The UFC treats its fighters like employees by forcing them to wear uniforms, putting them under constant surveillance through USADA.

“They also do not stop them from fighting in different other sports and they don’t force a uniform on the fighters. Bellator fighters are not under constant surveillance. They are actually treated like the independent contractors they are classified as.

“I took all that into consideration when I signed with them. I am a professional fighter and I need a promotion to fight for to make money in my trade. I’m not going to stop pointing out exploitation and the abuse of power in MMA and the UFC just because I signed with Bellator.

“My goal with Project Spearhead was to start a UFC union because the fighters were treated as employees but denied the rights of employees. There are plenty of things that MMA in general and Bellator could do to take better care of fighters but I don’t think a union works everywhere.

“I can’t do anything if I’m broke and have no platform. I’m fighting to make money to go to school and stay relevant in MMA to affect change. If pointing out the shit that is wrong in MMA and the UFC while waiting to fight for Bellator is confusing to you then reread the thread.

“If you still don’t get it please let me know so I can block you because I have enough negativity in my life, I don’t need yours. I have bled for this platform, if I hadn’t signed with Bellator you’d call me a quitter so I don’t care what you think. I know what I need to do.”