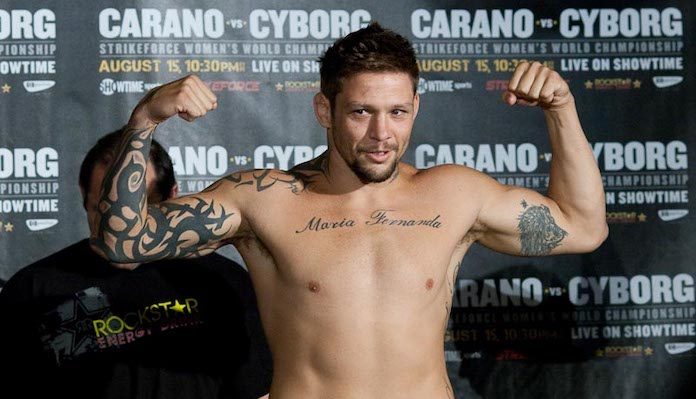 Renato Sobral — better known by the nickname “Babalu” — is suffering from chronic traumatic encephalopathy (CTE). The former UFC and Strikeforce fighter opened up on these struggles, which he believes most fighters are doomed to endure, in an interview with Brazil’s PVT.

”Today I can’t walk a straight line, I lost sight of my left eye, which is a big price (to pay),” Sobral said (translation via MMA Fighting). “I have no balance today, my balance is almost zero. When I’m fighting, when I’m in a jiu-jitsu tournament or in training, it feels that my balance is normal again, but it’s complicated on a daily basis. But the guys that start fighting have to know that the price to pay will come one day. For everyone. People only talk about the good things today, what they have accomplished, what happened, but what about what you’ve lost? What happened to you?

“You get knocked out in the gym, and you’re still fighting the week after,” he added later, looking back on his days as a fighter. “You have to fight. You can’t say, ‘I won’t fight’. It’s one blow after the other. And I’m [paying the price] now, right? I don’t know if I’ll be able to see my grandkids, enjoy my grandkids in a normal way, because I’m starting to slowly feel the effects.”

The former Strikeforce light heavyweight champion Renato Sobral continued, admitting that he hopes his children don’t follow in his footsteps.

“If someone asked me if I would let my son fight vale tudo, I would say no, I wouldn’t. My daughter? No. I would hope she wouldn’t. I’d rather see her study. My daughter already is on the water polo ‘A’ team of her high school, she competes, but being a professional athlete? Any sport demands a lot from your body and you will have to pay the price in the future.

“I already have [chronic] traumatic encephalopathy, actually. People barely talk about it,” he concluded. “You can do a research, [professional fighters] have peaks of depression, we have seizures, you don’t listen that well. I don’t have speaking issues yet, but I lost the eye sight of my left eye, I have osteoarthritis on my entire body. My knee. I have 13 surgeries through my entire body. So, there’s a price (to pay). It’s not in there for free. I don’t even think it’s about glory, because it’s not for enough time.”