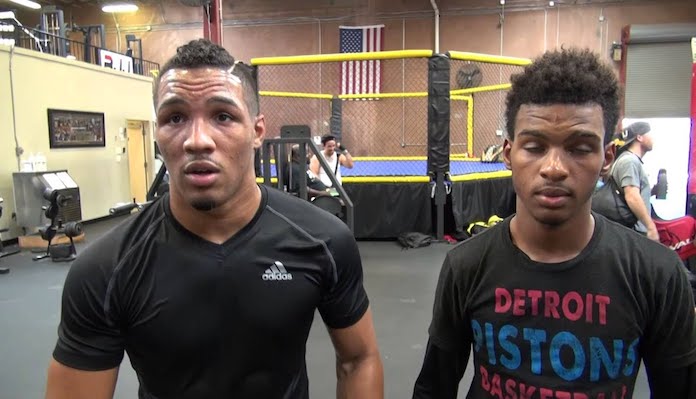 Lee’s signing was first revealed by MMAjunkie.com. The younger Lee will take on veteran bantamweight Shawn Bunch in his Bellator debut at Bellator 239, which takes place on February 21 in Thackerville, Oklahoma.

The younger Lee is nicknamed “Killa” and has racked up a 5-3 professional MMA record since turning pro in 2017. After losing three of his first six fights, Lee turned things around and had a very successful 2019 as he won both of his fights on the regional scene. Out of his five pro wins, Lee has won four of his fights by stoppage. All three of his losses came by decision.

Prior to turning pro, Lee racked up a 4-0 record on the amateur circuit for the Tuff-N-Uff promotion. Though he hasn’t had as much success so far as a pro than he did as an amateur, he’s still very young and has tons of raw promise in the sport. The fact that his older brother Kevin is having so much success at the highest level of the sport in the UFC should help the younger Lee boost his confidence heading into his Bellator debut.

Bellator is always looking at signing new prospects, and Lee could be a real sleeper. Although his record so far in MMA hasn’t been amazing, he still has plenty of untapped potential and could end up being a contender in the Bellator bantamweight division when it’s all said and done.

As for the older Lee, he will return at UFC Brasilia in March when he takes on Charles Oliveira in what should be an amazing main event between two of the best lightweights on the UFC roster.

How do you think Kevin Lee’s brother Keith will fare in Bellator?