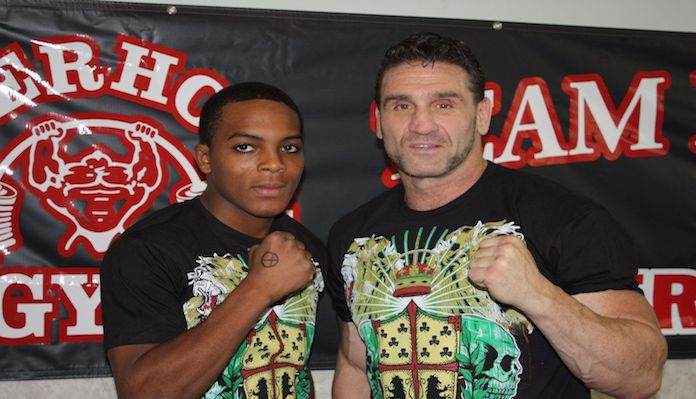 We have sad news from the MMA world today as Bellator bantamweight Isaiah Chapman was reportedly shot dead at age 30.

Chapman’s death was reported by MMA reporter David McKinney on Twitter, who confirmed he was murdered by gunshot outside of his home in Akron, Ohio. Numerous reports on Facebook also confirmed he was shot to death. Bellator matchmaker Rich Chou later confirmed that Chapman has indeed passed away.

Got word that Bellator and WSOF vet and longtime #OhioMMA standout Isaiah Chapman was shot and killed outside his home in Akron last night. Horrible news

Got word that Bellator and WSOF vet and longtime #OhioMMA standout Isaiah Chapman was shot and killed outside his home in Akron last night. Horrible news

Chapman has been an MMA fighter for 10 years, having had his first amateur bout back in 2010, which he won. He quickly turned pro and made his debut in 2012 and competed up until 2019, which was the last time we saw him in the cage.

Chapman racked up a 9-4 record during his MMA career, which included stints in both Bellator and in the WSOF. Chapman’s lone Bellator fight was the last fight of his career when he suffered a submission loss to Bellator standout Patrick Mix. His lone loss in WSOF was a decision loss to Timur Valiev.

On the flipside, out of Chapman’s nine wins, five of them came via stoppage, including the first two wins of his MMA career. While Chapman ultimately did not have success at the highest level of the sport, he nonetheless finished his MMA career with a winning record. Had his life not been taken tragically too soon, perhaps he would have made a run up the Bellator bantamweight ladder. Unfortunately, we will never know.

A GoFundMe page has been set up for the family of Isaiah Chapman to help with funeral costs. You can contribute to the GoFundMe by clicking here.

We here at BJPenn.com want to express our deepest condolences to the family of Isaiah Chapman during this difficult time.