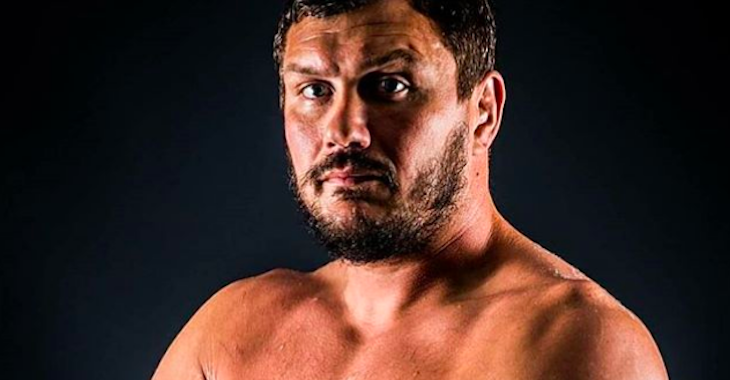 The event is headlined by a heavyweight rematch featuring Matt Mitrione taking on Sergei Kharitonov.

In the pairs first encounter at Bellator 215, Matt Mitrione landed a brutal, but unintentional, kick to the groin of Sergei Kharitonov, which caused the fight to end in a no-contest after just 15 seconds of action.

Matt Mitrione will enter Bellator 225 sporting a professional record of 13-6. The former NFL player has earned wins over MMA notables Fedor Emelianenko, Roy Nelson and Derrick Lewis during his career.

As for Sergei Kharitonov, the veteran Russian fighter sports a record of 28-6 in MMA. Kharitonov holds wins over Alistair Overeem, Andrei Arlovski and Roy Nelson during his career.

Get all of the Bellator 225 Results and Highlights below:

Sergei knocks the mouthpiece out, catches Matt with an Uppercut followed by a Knee to get the 2nd Round finish. #Bellator225 pic.twitter.com/JHk8MGRfJ1

Vitaly Minakov vs. Timothy Johnson — Minakov def. Johnson via KO at 1:45 of Round 1

David Rickels vs. Yaroslav Amosov — Amosov def. Rickels via submission (d’arce choke) at 4:05 of Round 2

Tyrell Fortune vs. Rudy Schaffroth – Fortune def. Schaffroth via submission (RNC) at 2:08 of Round 2

Alejandra Lara vs. Taylor Turner — Lara def. Turner via TKO at 3:44 of Round 1

Former title challenger Alejandra Lara (8-3) gets back on the horse, mounting and pounding Taylor Turner to snap a two-fight skid! The beguiling Colombian has stopped seven, five in round one, and four by knockout. #Bellator225 pic.twitter.com/WvVeNFKaVY

Corey Browning vs. Nick Newell — Newell def. Browning via submission (arm triangle) at 3:15 of Round 1

Austin Vanderford vs. Joseph Creer — Vanderford def. Creer via TKO (doctor) at 5:00 of Round 2.

Sabah Homasi vs. Micah Terrill — Homasi def. Terrill via KO at 0:17 of Round 1

Ricky Bandejas vs. Ahmet Kayretli — Bandejas def. Kayretli via KO at 1:21 of Round 1

Khonry Gracie vs. Oscar Vera — Gracie def. Vera submission (armbar) at 2:50 of Round 1

Aviv Gozali vs. Eduard Muravitsky — Gozali def. Muravitsky via submission (heel hook) at 0:11 of Round 1

11 seconds was all it took for Aviv Gozali!

Aviv locks in the fastest sub in Bellator history with this beautiful heel hook! #Bellator225 pic.twitter.com/fRDJoXIrjo

Who are you picking to win tonight’s Bellator 225 fights? Sound off in the comments section Penn Nation!