Bellator 108 Results: Galvao Defeats McKenna By Way of TKO In Round 1 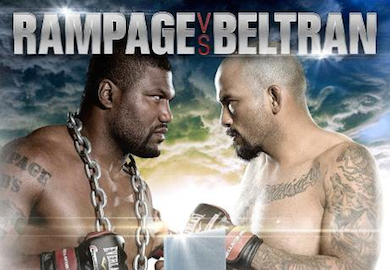 Galvao utilized his overhand rights to set up a takedown in the opening minute of the first round. McKenna, usually quick on the ground, found himself in a very disadvantageous position right away. Galvao transitioned at will from back mount to full mount and almost locked in the rear naked choke a number of times.

McKenna escaped danger with a minute and change left only to get taken back down. Galvao took his opponent’s back immediately and flattened him out. McKenna, simply lying there, put his hands over his head as he ate a series of punches from Galvao. He wasn’t trying to escape and Galvao wasn’t showing any signs of slowing down, so the referee pulled him off.

After coming off a win in SHOOTO in June, this was Marcos Galvao’s return bout to the Bellator cage. During his post-fight interview, he claimed he is here to win gold.

Marcos Galvao defeated Tom McKenna by way of TKO (Punches) 4:29 of Round 1