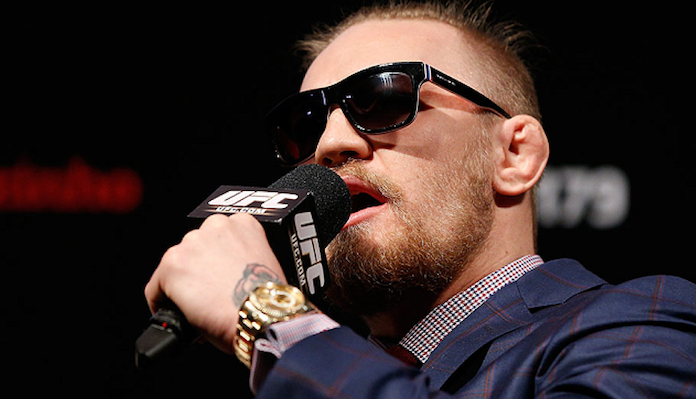 The promotion’s first card, which went down in Cheyenne, Wyoming, featured a number of combat sports notables, including former UFC strawweight and flyweight Bec Rawlings, who met boxer Alma Garcia in the ring. Rawlings won her fight decisively, winning via doctor stoppage, as Garcia could not return for the second round.

One of the many MMA media members covering this bareknuckle event was the incredibly talented Esther Linn. Shortly after the fights had wrapped up, Linn shared a photo from Rawlings’s fight to her Instagram page. This photo caught the attention of UFC superstar Conor McGregor, who gave Rawlings some love in the comments.

As McGregor suggests, Rawlings was able to pick up her win without sustaining any significant damage to her hands — which is a big risk in bareknuckle boxing.

”To get hit by her bare knuckles felt the same as MMA gloves,” Rawlings told MMAFighting post-fight. “For me to hit her, I did feel my hands a little bit, I’m like like oh that felt different, that’s weird. And my hands are a little bit swollen which they’re not normally after MMA.”

”I don’t think [my hands are] broken,” she added. “We’ll have to get them checked. I’m a wierdo. I broke my hip and I trained for two weeks on a broken hip so you shouldn’t ask me if they’re broken. They don’t feel that bad. Maybe.”