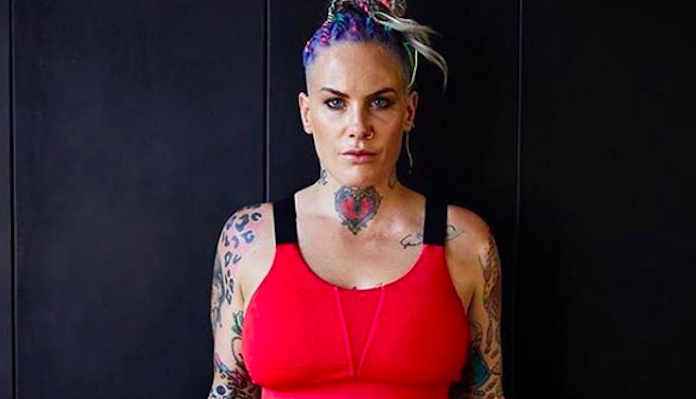 Former UFC strawweight and flyweight contender Bec Rawlings was one of the first fighters to make the jump to the surging sport of bare knuckle boxing. During her time as a bare knuckle fighter, which occurred under the BKFC banner, she picked up 3 impressive wins, and was hailed as the Queen of Bare Knuckle.

While Rawlings has since returned to MMA roots, having recently signed with Bellator, she will soon be honored for her contributions to the sport of bare knuckle with an induction into the Bare Knuckle Boxing Hall of Hall of Fame.

Unfortunately, Bec Rawlings won’t be able to attend her induction ceremony, scheduled for July 12, but she’s planning to send an interesting donation to the Hall of Fame to make up for her absence: a tooth that was punched out in her last bare knuckle fight.

“The Bare Knuckle Boxing Hall of Fame Induction Ceremony is being held July 12th in Belfast, NY,” Rawlings wrote on Instagram. “I’m really sad i won’t be able to attend but feel really honoured to be inducted into the Hall of Fame. I’ve decided to donate my beautiful broken tooth that I had punched out of my mouth in my last title defence against Cecilia Flores to the Bare Knuckle Hall of Fame museum. Hopefully i can get out to visit soon.”

At present, Bec Rawlings does not have an opponent or date for her Bellator debut. Stay tuned for details on that. Prior to her time on the Bellator and BKFC rosters, she went 2-5 in the UFC’s Octagon.

Time will tell if she ever returns to the perilous world of bare knuckle fighting. Whatever the case, her work in the ring has earned her and her missing tooth a place in the history books. Congrats, Bec Rawlings!