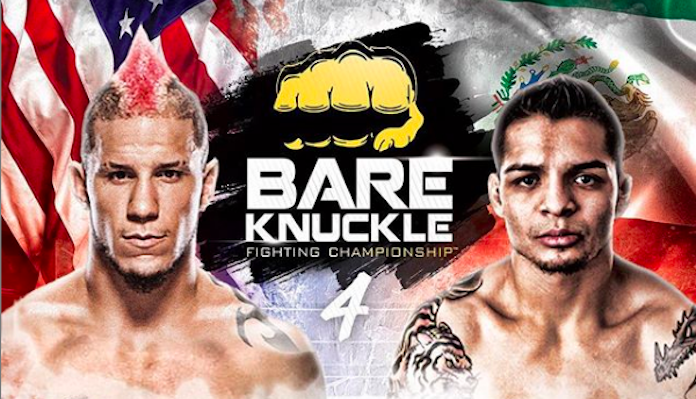 Last night, Bare Knuckle Fighting Championships (BKFC) — not to be confused with WBKFF — touched down in Cancun, Mexico with BKFC 4. The card was billed as a USA vs. Mexico event, as each matchup pitted an American fighter against a Mexican fighter or fighter of Mexican heritage.

Other highlights of the card included the latest effort from fan favorite UFC veteran Chris Lytle, who delivered a unanimous decision victory over JC Llamas, and a rematch of a 2018 Fight of the Year contender between UFC vet Joey Beltran and heavyweight journeyman Tony Lopez, who battled to a majority draw.

Here are the full results of this action-packed BKFC 4 card from Cancun (via MyMMANews):

What was your favorite moment of the action-packed BKFC 4 card?