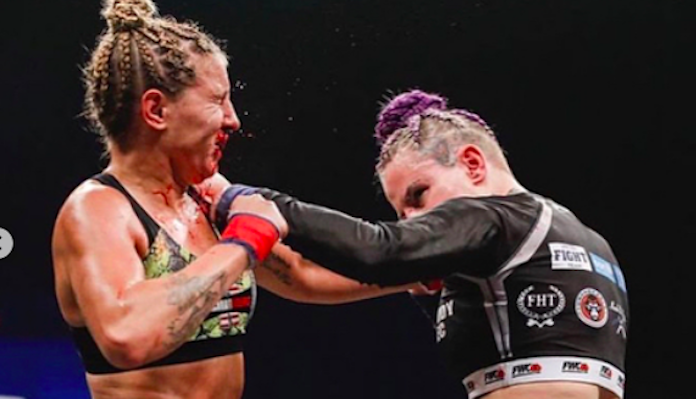 Last night, Bareknuckle Fighting Championship returned with its second card, live from the Mississippi Coast Coliseum in Biloxi, Mississippi. Though excitement surrounding this BKFC 2 card was somewhat muffled by the buzz produced by UFC Lincoln and *shudders* Logan Paul vs. KSI, there were plenty of reasons to watch.

The card, which was topped by a title fight between champion Bec Rawlings and challenger Britain Hart, also featured appearances from MMA notables Chris Lytle, Joey Beltran, “Felony” Charles Bennett, Kendall Grove and Tony Lopez — not all of whom were lucky enough to leave Wyoming with victories.

Here are the BKFC 2 results, for those who were unable to catch the card.

Michael McDonald def. Charles Bennett via TKO at 1:49 of R4

What’s your opinion on the resurgence of bareknuckle fighting? Did you watch BKFC 2?