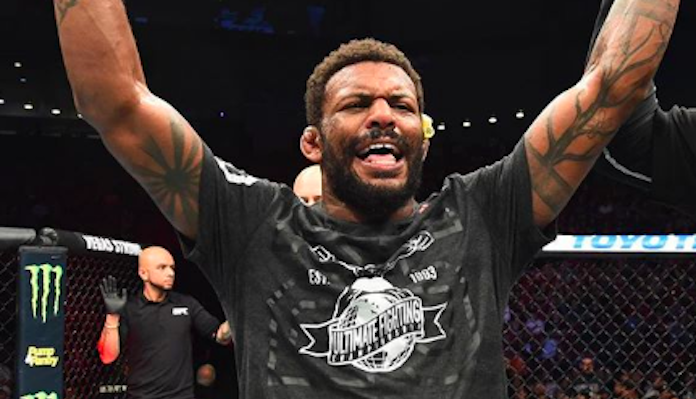 In the co-headliner of tonight’s UFC Moncton event, featherweights Artem Lobov and Michael Johnson collided in hopes of moving up the 145-pound ranks.

Artem Lobov enters the bout having not competed inside the cage since suffering a unanimous decision loss to Andre Fili at last October’s UFC Fight Night 118 event in Poland.

“The Russian Hammer” has dropped four of his past six fights. Lobov’s most recent victory came at UFC Fight Night 99 in Ireland where he defeated Teruto Ishihara via unanimous decision.

Round two begins and Johnson lands a jab to the body followed by a low kick. Artem Lobov swings with an uppercut that misses. Lobov continues to utilize a ton of pressure. Johnson just misses with a right hook. Artem walks forward but eats an inside low kick from “The Menace”. Johnson with a jab to the body. Artem answers with a low kick and then a left hook over the top. Johnson fires off a pair of hard jabs. Lobov is bloodied up a bit now. Johnson with a low kick and then a jab to the body. He lands a beautiful counter left. Lobov just eats the shot and chugs forward. He throws a jab to the body of Johnson. Michael counters with a quick right that appears to wobble “The Russian Hammer”. Artem retreats but then leaps in with a body kick. He follows that up with a left hook. Johnson replies with a jab but Artem Lobov lands a nice counter punch. Johnson with a straight left hand. Lobov answers with a right hand. He is walking forward like the terminator now. He lands a left and then a jab to the body of Michael Johnson. “The Menace” tries to reply but misses with an attempted combination. Lobov with a heavy low kick now. The horn sounds to end round two.

Round three begins and Johnson starts off quickly with a leaping left hand. He follows that up with a low kick. Artem side steps and then rushes in the with a combination. Johnson with a right hand and then a left hook to the body of Artem Lobov. “The Russian Hammer” circles but eats another left from Johnson. Artem charges forward and throws a wild punch that misses by a country mile. Johnson seems to be picking up the pace. He lands another left hand and then a low kick. Michael misses with an uppercut but lands a beautiful counter left hook as Artem Lobov is coming in. “The Russian Hammer” shakes that punch off and walks into the pocket. Johnson greets him with another stiff jab. Lobov misses with a right hook. Johnson leaps in with a jab and then a shot to the body behind it. Just over ninety seconds remain. Johnson lands a beautiful straight left over the top. Artem Lobov takes a deep breath and then leaps in with a combination that ends in a good right hand. Johnson shoots in and lands a timely takedown. He begins working some ground and pound from Artem Lobov’s full guard. Artem tries for a kimura but it is to late. The horn sounds to end round three.